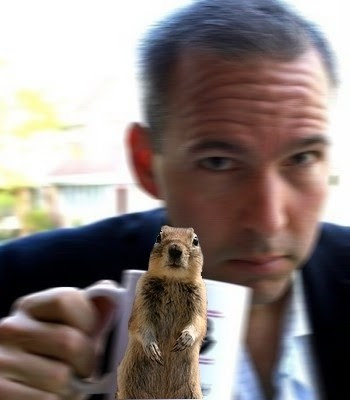 Jonathan Kay, who writes unintentionally comedic columns in the National Post, had, I thought, reached his nadir the other day when he lashed out at the Toronto Star's Christopher Hume for stating the obvious about the government's miserable treatment of Suaad Hagi Mohamud.

Yesterday he scribbled a piece that should be used in J-schools across the land to demonstrate just how wretched the practice of journalism can be once you set your mind to it. In just a few hundred words, his article combines smears, factoids and plain foolishness in a thick stew of slavish political partisanship. Vintage Kay, one might respond, but here he has truly outdone himself.

A little background first. Quite reasonable suggestions have been made by several commentators, including Gar Pardy, the former head of consular services at Foreign Affairs, that the treatment of Mohamud and other dark-skinned citizens of this country might be motivated, at least in part, by racism--a sense that some Canadians are simply more equal (and hence more deserving of consular assistance) than others. Defending the Harper regime has become harder and harder work, in fact, as the tally of off-white victims grows, but Kay manfully took it on earlier this week--and fell overboard.

What epic crimes against humanity will the Star's intrepid race activist next be placing at the Harper government's doorstep? The Holocaust? Cambodia's killing fields? The Ukraine famine? King Leopold's depradations in the Belgian Congo? Star readers can only wonder.

Now, bubbles still streaming from his mouth, he grasps at a straw--a news release from the Muslim Canadian Congress.

The MCC was once Tarek Fatah's miniscule organization, but he left after it split into two even smaller factions in 2006, one retaining the name, the other calling itself the Muslim Canadian Union. (Yes, I know what you're thinking, so here's the link, and let's move along.) The goal of the organization was ostensibly to spread a little liberal pluralism around the Muslim communities of Canada to counter extremist Islamism, but it proved to be simply anti-Islam, a bit like the hokey "Muslims Against Sharia," and this naturally made it the go-to organization for the media and certain bloggers.

The MCC appears to relish having its cake and eating it, Muslim but relentlessly critical of all things Muslim, reminding me a little bit of those right-wing women who heap scorn on feminism while moving comfortably around the new spaces that feminists created. It has now pronounced on the Suaad Hagi Mohamud affair, claiming that the Canadian Vice Consul in Kenya, one Liliane Khadour, is the true and only villain in all this--because, according to MCC President Sohail Raza, she is "said to be an Egyptian Canadian":

Raza said the actions of Liliane Khadour, who is said to be an Egyptian Canadian, must be seen in context of widespread racism against Black Africans in the Arab World. "There is clear evidence that Black Africans are ill treated by Egyptians and racism against Blacks is widespread in the Arab world. We hope any investigation by Ottawa into the actions of Liliane Khadour will take such racism into account. Other officials involved in this incident should face a reprimand that will serve to be a deterrent to any other consular official who brings their racist views to the workforce."

The MCC president added, "I am sure if Suaad Mohamud had been a White woman with an anglicized name, Liliane Khadour would not have dared to declare her an impostor."

In Kay's skillful hands, the oddness of the above is compounded:

As highlighted in the following Muslim Canadian Congress press release, turns out the woman is a female Egyptian-Canadian bureaucrat.

In other words — to the entirely unproven extent we are dealing with any kind of racial animus at all — what we are allegedly confronting is not White-on-black racism, but Arab-on-black racism (the same kind of racism behind the extermination of hundreds of thousands of blacks in Darfur).

So if there was any racism involved, we can all breathe easy: it was just a case of one Other sticking it to another Other.

"Said to be," for Kay, becomes "is." The woman, we are unnecessarily told, is female. And we are asked to take it on faith that, because she is (well, is said to be) Egyptian in origin, the buck must stop with her.

I agree, in fact, with the MCC's last paragraph, and I think she should be suspended, and that she might well be racist, but it's as if she was the only player in the entire affair. Did she void Mohamud's passport personally? Did she carry out all four investigations herself that allegedly proved "conclusively" that Mohamud wasn't Mohamud? Did her actions take place without the knowledge of Minister of Public Safety Peter Van Loan, and Minister of Foreign Affairs Lawrence Cannon, and the Canadian Border Services Agency, and DFAIT officials in Ottawa?

Give me a break.

We know very well that the senior Harper ministers involved were in the know at least from July 1 when the Star's excellent John Goddard broke the story. And they sat. And they sat. And then Cannon stated, on July 24, that Mohamud hadn't tried hard enough to prove she was Canadian, before he scurried for cover.

In case people need reminding, this was how she failed to cooperate to Cannon's satisfaction:

She produced a letter from her Toronto employer, ATS Courier, about a recent promotion.

Now she is back home, thanks to DNA, and having a son in Canada to match the DNA with, and the goodwill of friends, family and strangers like Ecoterra International who helped her out in Nairobi when she ran out of money, and her tireless Canadian lawyer Raoul Boulakia, working long hours pro bono. And she is home in spite of petty and mean-spirited Canadian consular officials, do-nothing Cabinet ministers and, of course, Stephen Harper himself, who--when it comes to the operations of his government--sees all and knows all.

Liliane Khadour's alleged ethnic background might or might not have played a role in all this. Clearly her action or inaction was key in the Mohamud matter, and she bears a considerable weight of responsibility for what happened. But to try to absolve "real Canadians" of any racism whatsoever in this fashion--the clear implication in both the MCC release and Kay's desperate seizure of it--is itself racist.

Of course Liliane Khadour should take a fall. But not the fall. That honour should go to the Ministers in charge--and, in the next election, to the Prime Minister himself. In the meantime, we don't need a couple of internal reviews to create new alibis for CBSA and DFAIT. We need a full-blown public inquiry to expose all of the wriggling and squirming creatures involved in this travesty to the full light of day.

Hello There. I found your blog using msn. This is a very
well written article. I will make sure to bookmark it and
return to read more of your useful information. Thanks for the post.
I will definitely return.

I know this web page provides quality depending posts and additional
material, is there any other web site which presents these kinds
of data in quality?

Here is my web page :: http://Chatclimax.com/free-videochat/AnnaDoll4You

I love what you guys tend to be up too. This type of clever work and exposure!
Keep up the superb works guys I've incorporated you guys to our blogroll.

Check out my web site; dirty old senior bangs a teenage hottie in his boom lift

I love what you guys tend to be up too. This type of clever work and exposure!
Keep up the superb works guys I've incorporated you guys to our blogroll.

Simply wish to say your article is as surprising. The clearness in your post is simply cool
and i could assume you are an expert on this subject.

Fine with your permission allow me to grab your feed to keep
up to date with forthcoming post. Thanks a million and please continue the gratifying work.


Take a look at my blog: see it here - pornharvest.com

We're a gaggle of volunteers and starting a brand new scheme in our community. Your web site provided us with helpful information to work on. You've performed
an impressive job and our entire group will be thankful to you.