Second-class citizen mocked as he died 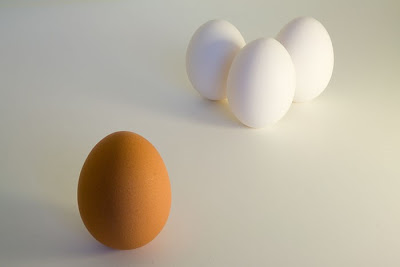 After the recent controversies about dark-skinned Canadians and their treatment by the Harper government, there can be little further doubt that more than one class of citizenship exists in Canada at present. Too often, however, this truth pits the "native-born" against "immigrants," or as some folks on the Right like to call the latter, "citizens of convenience."

But "jus soli"--the "right of the soil"--is insufficient if you are Native rather than, well, "native." Just ask the kids in Attawapiskat, trying to get themselves a school but effectively being given the finger by Indian and Northen Affairs Minister Chuck Strahl, who has let it be known that he simply doesn't care about First Nations people.

This relegation to less than first-class status, however, is not solely a hallmark of the Conservative government in Ottawa, nor, to be fair, of previous Liberal governments. It can be found at every level of governance in the country, and, perhaps more importantly, is widespread amongst the general population of electors. If you are an Aboriginal person in need of social services, you might simply end up dead as a result of racism and indifference.

Check out the story of Curtis Brick. Brick was an Aboriginal man living rough in Vancouver, who had once a self-sufficient labourer until he suffered a head injury. He collapsed in Grandview Park on one of the hottest days of the summer--34°C. He was allowed to lie in the sun in the busy park for seven hours, where he slowly began to die of sunstroke. No one bothered to help him. No one bothered to call for assistance until the late afternoon.

Finally a bystander*, who had seen him earlier, returned to the park, found the man convulsing, and called an Aboriginal agency, which brought down wet blankets to cool Brick off. But paramedics took their sweet time arriving, and once they did, they began to taunt the dying man.

"That's what you get for drinking Lysol all day," they told him. And then, when a number of Aboriginal children had gathered to observe, the bystander was told to "get his [Brick's] children out of the way." He died in hospital that evening.

Canadian citizenship means very little, we have discovered recently, if you get into trouble abroad and happen to possess the wrong skin colour. But here at home it can mean even less if you're a descendant of the original peoples of this land. When the chips were down, it didn't count at all for Brick.

For the busy throngs in Grandview Park, and the racist medics who arrived too late, he was simply not part of society. Hidden in plain sight, Curtis Brick died profoundly alone in the midst of a crowd of his fellow-citizens for whom he had never existed, even while he lived.