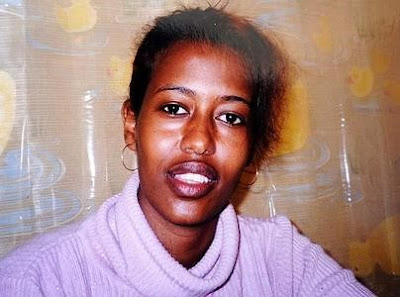 Yesterday I went off on former human rights advocate Michael Ignatieff for remaining silent on the shameful Mohamud case.

The Invisible Man ducked the Abdelrazik affair, farming it out to Irwin Cotler, and has ducked again, this time leaving the Mohamud imbroglio in the hands of Dan McTeague, Liberal "Consular Services Critic." (Who knew the Opposition had become so specialized?)

But I was reminded by my friend Scott Tribe, a Liberal activist, blogger and administrator of Progressive Bloggers, that Ontario Premier Dalton McGuinty, for whom I generally have very little regard, came out swinging on the Mohamud case, denouncing the Harper regime in clear and unequivocal terms for its sordid behaviour. And meanwhile, he said, we hadn't heard a peep out of Jack Layton on the matter.

Indeed, that seems to be the case. There's not a mention of Mohamud on the NDP website. I am aware that my own MP and friend, NDP foreign affairs critic Paul Dewar, who did yeoman work on the Abdelrazik affair, raised the Mohamud matter with DFAIT. Judging from correspondence I received, however, it seems that Foreign Affairs was able to snow the NDP enough to dampen any enthusiasm it might have had to pursue things further. This was what Paul's assistant wrote to me (and told me was not confidential):

Ms. Mohamud was initially stopped by Kenyan officials because her photos did not match. When Ms. Mohamud originally arrive at the airport a photo was taken of her by Kenyan immigration officials and when she arrived at the airport to depart the person who presented Ms. Mohamud passport did not match either the passport photo or the airports entry photo. That’s when CBSA was contacted to investigate. Foreign Affairs and CSBA have conducted four separate investigations and she has failed each one including the visual photo matching tests, extensive interviews, etc. Fingerprints were requested by Foreign Affairs in the hopes that they might match sets in Canada but to date there are no prints on record with CIC or any other agency or police department. Consular services are not being provided to the woman who presented herself as Ms. Mohamud because she is not a Canadian citizen.

I was also informed by DFAIT that CBSA deals with on average 5 cases of passport fraud a week in Nairobi and they have a well developed manner of investigating these types of cases. I have put in a similar request for information from CBSA to make sure their story matches the one I received from DFAIT.

A few things to note here. First, Foreign Affairs did not request fingerprints: Mohamud demanded that they be taken. Secondly, it appears that Mohamud's mistake on departure was not to slip a bribe to a Kenyan official: ethnic Somalis, it appears, are routinely subject to shakedowns by Kenyan authorities.

But in any case, and this is truly unfortunate, DFAIT's smooth line of prevarication seems to have been sufficiently persuasive to turn aside one of the strongest voices for human rights in the House of Commons.

I know Jack is busy with his party in Halifax at the moment, preparing for his convention. But he's had no problem commenting on other issues recently. Has the NDP become so risk-averse that it no longer has the will to pursue gross Conservative government malfeasance in defence of vulnerable Canadian citizens?

UPDATE: Meanwhile, the Toronto Star just about says it all. [H/t Scott Tribe]