If only the Tsar knew about this! 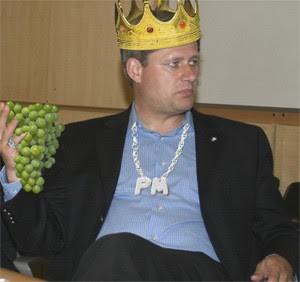 As the old Russian fable had it, the Tsar was a saintly man, and the injustices suffered daily by the mouzhiks, whose lot was starvation and the knout, were taking place only because his evil advisors were failing to keep him informed.

So this morning we learn that Stephen Harper found out about the case of Suaad Hagi Mohamud only last week, and boy, is he pissed.

"When we became aware of the case last week, we asked our officials in various departments to give us some information," Harper said at a news conference yesterday. "Obviously there (is) some troubling information here. It's a complex case. I have asked my officials for a thorough review of the matter ... (then) we'll decide what further inquiry we do have to do." [emphasis added]

The case has become a major embarrassment for the Conservatives amid criticism that the government is slow to assist Canadians in trouble abroad.

Privately, officials say the Prime Minister is upset at how the case has been handled and that "heads could roll" once the internal review is finished.

"Privately," eh? As in "stage-whisper?" No matter. Bring on the tumbrils by all means.

"Does he not read the papers?" scoffed Liberal critic Dan McTeague. Obviously not the Toronto Star, but you'd think someone might have brought its excellent coverage, beginning on July 1, to the master's attention.

In any case, so much for Harper's reputation as a micromanager. That one now lies in tatters.

[On a personal note, I thought I was an early riser, but Impolitical and Enormous Thriving Plants scooped me but good on this story. At 4:30 am, the Toronto Star article appeared. Impolitical posted her response at 5:40 am, and ETP put hers up at 2:12 am, at least according to her time-stamp. Either she lives in BC, or she posts faster than the speed of light, which is always possible with these hot-rodding young'uns. Can't...keep..up...]