Maybe a "time out," Minister? 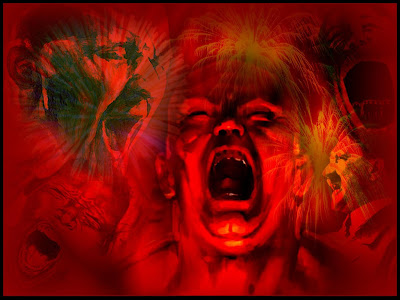 Gary Goodyear, Minister of Science and Technology, is known to have serious anger management issues.

Fellow blogger Chrystal Ocean has more-than-adequately covered his latest meltdown at a recent meeting with representatives of the Canadian Association of University Teachers, but this alarming incident deserves maximum circulation.

CAUT was attempting a civil dialogue about the paucity of funding for research in the new Conservative budget. Alas, civility is not the Minister's style. He raised his voice almost immediately, pointed his finger at the CAUT representatives, and called them liars. Then he and an equally out-of-control staffer lost it completely:

When CAUT staff said the Conservatives have a spotty record on science and noted they abolished the office of the national science adviser, Mr. Robinson said, the minister's assistant screamed at them to shut up.

"Then the minister said, 'You've burned all your bridges with us!' and they stormed out.

"In all the meetings I've been in like this, I've never been shouted at and told to shut up," Mr. Robinson said. The civil servant who escorted them to the elevator suggested it would not even be a good idea to return to the minister's office to collect their coats, he said. Instead, she retrieved them.

And here I thought "the inmates are in charge of the asylum" was just a cant phrase. Edgar Allan Poe, meet Gary Goodyear--a man badly in need, it seems, of a "system of soothing."