The extraordinary rendition of Abousfian Abdelrazik 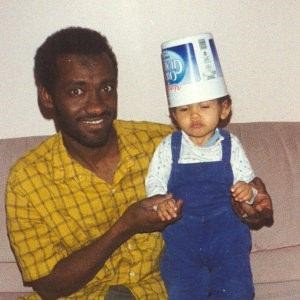 The journalistic pitbull Paul Koring is chewing again this morning, in a devastating report that implicates the Canadian Security Intelligence Service (CSIS) in a collaboration with the genocidal Sudanese regime to imprison and torture a Canadian citizen.

Abousfian Abdelrazik, of whom I have written many times, is a Canadian presently marooned in our embassy in Sudan. The Harper government and the Foreign Affairs department have been playing a sadistic game of cat and mouse with Abdelrazik in recent months, but the events outlined in today's Globe and Mail report took place under the Liberal governments of Jean Chrétien and Paul Martin.

Abdelrazik was arrested on September 10, 2003, while he was visiting his ailing mother in Sudan. According to a document reproduced in Koring's account--a smoking gun, as NDP foreign affairs critic Paul Dewar points out--this was done on the direct request of CSIS, which had every reason to believe that he would be tortured, as indeed he was over a lengthy period in a Sudanese jail before even the Sudanese government concluded that he was innocent of any wrong-doing and set him free.

Ministry of Justice officials, clearly embarrassed by the case, actually tried to persuade Abdelrazik to say that the torture-scars on his body were self-inflicted. Canadian diplomats were ordered to refuse him assistance while he was interrogated in a Khartoum prison by US agents. And CSIS operatives participated in the interrogations while Abdelrazik was being held.

We should be proud. Canada is all grown up now. We can do extraordinary renditions just like Uncle Sam.

After release, Abdelrazik was refused travel documents to return home. He was then promised them if he obtained an airplane reservation. He did, and the Harper government moved the goalposts, insisting that the destitute Abdelrazik produce a fully paid-up ticket to return home. At the same time, it has threatened to prosecute anyone who tries to help him pay for one.

Well, I sent him some money a few days ago, c/o The Embassy of Canada, PO Box 10503, Khartoum, Sudan. I dare the authorities to come after me. Others have stepped up as well, but not nearly enough.

Send a message to our government, Foreign Affairs officials and our very own secret police. Join the "Help Abousfian Abdelrazik get a ticket home" Facebook group, mail him a contribution, and stand up as citizens for our shared values of fairness and common decency. This disgraceful saga must be brought to an end. Let's do our part to make it happen.

UPDATE: CSIS literally out of control?

A Montreal man stranded in Sudan after being cleared of terrorist links has lodged a formal complaint against the Canadian Security Intelligence Service.

But the watchdog over the spy agency says it may not have authority to fully investigate the case.