The Braidwood Chronicles: getting a crooked story straight 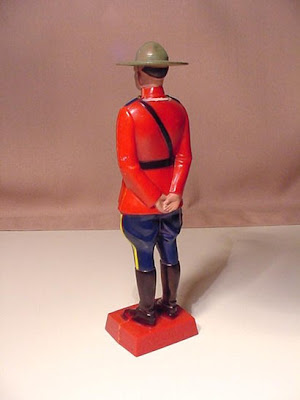 I don't usually cut and paste, but this story pulls together the police testimony so far rather nicely.

From the Canadian Press:

[Don] Rosenbloom [the lawyer for the Polish government] pointed to numerous inaccuracies Millington and other officers wrote in their notebooks, recorded in internal police reports, told investigators and wrote in the days and weeks after Dziekanski's death.

Millington, for example, initially said Dziekanski was yelling when police approached and was waving a stapler "wildly" just before the first stun of the Taser.

He also said in statements and notes that Dziekanski was still standing after three jolts of the 50,000-volt weapon and continued to walk towards the officers.

Millington said on numerous occasions that the four officers had to wrestle Dziekanski to the ground.

But after being shown a bystander's video of the event, Millington conceded at the inquiry that those facts were incorrect.

Rosenbloom also noted that some of those same errors - for example, that Dziekanski had to be wrestled to the ground - were consistent among the three officers to testify so far.

He asked Millington to explain how three RCMP officers who are trained to be observant could all report seeing something that didn't happen.

"Why are there similar mistakes made by you and your fellow officers?" asked Rosenbloom.

"I don't know, we dealt with the same incident, but I don't know why," said Millington.

Millington acknowledged a day earlier that he knew his use of force would be examined after an in-custody death, and he realized the purpose of his notes, reports and statements to investigators were to justify his actions.

But he insisted the other officers never talked about what happened in the hours after the incident when they returned to the airport detachment or in the weeks they continued to work together afterwards.

Another officer, Const. Bill Bentley, said all four officers recounted their versions of what happened at a debriefing session about two weeks later, designed to help officers deal with traumatic events such as an in-custody death.

Millington said he was at the meeting, but insisted no one talked about what happened during the confrontation with Dziekanski.