The Braidwood Chronicles: "You're assuming he was screaming in pain" 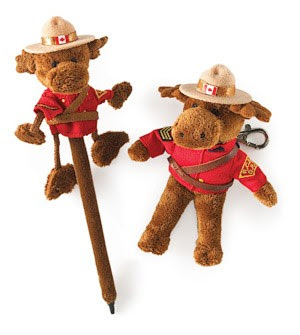 Veteran Toronto Star correpondent Linda Diebel has been doing some liveblogging of the on-going Robinson shenanigans, following on her article today. I liked her opening paragraph for the latter:

Four Mounties at the Vancouver airport wearing bulletproof vests and armed with guns, metal batons and, in one case, a Taser, felt threatened by a confused Polish immigrant with a stapler in his hand, the supervising Mountie today told a public inquiry about the death of Robert Dziekanski.

Diebel got to her blogpost hed before I had a chance: "I failed to articulate well," this from Cpl. Benjamin Robinson after being trapped in so many falsehoods that a disconcerted Thomas Braidwood at one point referred to the bereaved mother's lawyer, Walter Kosteckyj (a former RCMP officer), as "Mr. Dziekanski."

The morning's low point? Had to be when Kosteckyj was asking Robinson about Dziekanski's symptoms once on the ground. He'd already established Robinson's first aid certification had expired and was asking about breathing sounds. In his first report to the RCMP, Robinson said they sounded like "snoring."

He tried to explain today, then stopped.

"You're smiling, sir!" snapped Kosteckyj, asking Robinson if he found something funny.

No further explanation was offered.

This is not a man, to put it charitably, of broad observational powers. When Dziekanski went down, shocked again and again, his agonized screams so unbearable that it's all I can do to review the video, this is what Robinson had to say to Kosteckyj: "You're assuming he was screaming in pain." His five-years-out-of-date first aid training didn't permit Robinson to distinguish between snoring and Cheyne-Stokes respiration; and when Dziekanski turned blue he thought it was "bruising."

Meanwhile Ian Mulgrew of the Vancouver Sun, Colby Cosh of the National Post and Gary Mason of the Globe and Mail have really said all that needs to be said about Commissioner Elliot's smarmy little plea the other day.

Because she's right there in the audience with us, in that wider inquiry room called Canada, listening every day to the never-ending stream of lies and deflections, and forced to watch first-hand the smug ignorance and the appalling indifference of the RCMP officers who killed her son. And as the last moments of his life are replayed over and over and over, we have no choice but to be there with her; and no choice but to try to imagine what Mason calls her "unknowable pain."