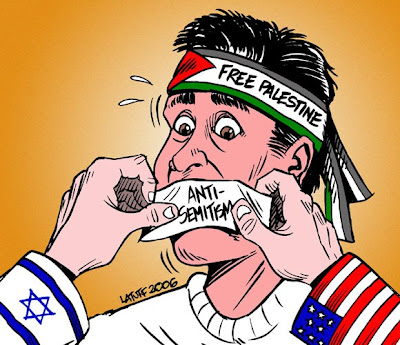 University administrations, the Harper government, Michael Ignatieff, Hillel, B'nai Brith, the Canadian Jewish Congress, and assorted cranky columnists from the National Post and elsewhere, as well as the editors of the Toronto Star and the Globe and Mail, have formed a united front over the past few weeks, to defend Israel from its critics and to caricature, defame and demonize those critics.

Prominent people within the Jewish community have spoken out against this new McCarthyism--but the corporate media are trying to suppress their voices.

Pass this on, reprint it in your blogs, get the word out.

The following statement was rejected by both the Toronto Star and the Globe and Mail (as an op-ed). Please help this important statement get into broad circulation - pass it on to your networks (faculty, community, MPs, university presidents, unions etc.). You may also wish to write to the Star and Globe editors and express your dismay that they have chosen not to publish it.

Jewish Canadians Concerned About Suppression of Criticism of Israel

Over 150 Jewish Canadians signed a statement expressing their concerns about the campaign to suppress criticism of Israel that is being carried on within Canada. The signatories include many prominent Canadians, including Ursula Franklin O.C., Anton Kuerti O.C., Naomi Klein, Dr. Gabor Mate, and professors Meyer Brownstone (recipient of Pearson Peace Medal), Natalie Zemon Davis, Michael Neumann, and Judy Rebick.

The signatories are particularly concerned that unfounded accusations of anti-Semitism deflect attention from Israel's accountability for what many have called war crimes in Gaza. They state that B'nai Brith and the Canadian Jewish Congress have led campaigns to silence criticism of Israel on university campuses, in labor unions and in other groups. Immigration Minister Jason Kenney and Liberal Leader Michael Ignatieff unquestioningly echo the views of these particular Jewish organizations.

They strongly state that they are against all expressions of racism. While firmly committed to resisting any form of prejudice against Jewish people, their statement explicitly states that these spurious allegations of anti-Semitism bring the anti-Communist terror of the 1950s vividly to mind. The statement underlines the immeasurable suffering and injustice to the Palestinian people due to the severe poverty, daily humiliations, and military invasions inflicted by the State of Israel.

Statement: Jewish Canadians Concerned about Suppression of Criticism of Israel

We are Jewish Canadians concerned about all expressions of racism, anti-Semitism, and social injustice. We believe that the Holocaust legacy "Never again" means never again for all peoples. It is a tragic turn of history that the State of Israel, with its ideals of democracy and its dream of being a safe haven for Jewish people, causes immeasurable suffering and injustice to the Palestinian people.

We are appalled by recent attempts of prominent Jewish organizations and leading Canadian politicians to silence protest against the State of Israel. We are alarmed by the escalation of fear tactics. Charges that those organizing Israel Apartheid Week or supporting an academic boycott of Israel are anti-Semites promoting hatred bring the anti-Communist terror of the 1950s vividly to mind. We believe this serves to deflect attention from Israel's flagrant violations of international humanitarian law.

B'nai Brith and the Canadian Jewish Congress have pressured university presidents and administrations to silence debate and discussion specifically regarding Palestine/Israel. In a full-page ad in a national newspaper, B'nai Brith urged donors to withhold funds from universities because "anti-Semitic hate fests" were being allowed on campuses. Immigration Minister Jason Kenney and Liberal Leader Michael Ignatieff have echoed these arguments. While university administrators have resisted demands to shut down Israel Apartheid week, some Ontario university presidents have bowed to this disinformation campaign by suspending and fining students, confiscating posters, and infringing on free speech.

We do not believe that Israel acts in self-defense. Israel is the largest recipient of US foreign aid, receiving $3 million/day. It has the fourth strongest army in the world. Before the invasion of Gaza on 27 December 2008, Israel's siege had already created a humanitarian catastrophe there, with severe impoverishment, malnutrition, and destroyed infrastructure. It is crucial that forums for discussion of Israel's accountability to the international community for what many have called war crimes be allowed to proceed unrestricted by specious claims of anti-Semitism.

We recognize that anti-Semitism is a reality in Canada as elsewhere, and we are fully committed to resisting any act of hatred against Jews. At the same time, we condemn false charges of anti-Semitism against student organizations, unions, and other groups and people exercising their democratic right to freedom of speech and association regarding legitimate criticism of the State of Israel.