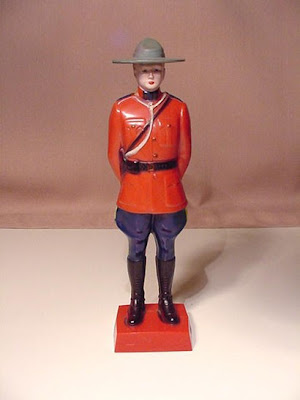 The last of the four officers to be heard with respect to the killing of Robert Dziekanski is Corporal Benjamin Montgomery Robinson. He will testify before the Braidwood Inquiry on March 23, when it resumes after a two-week break. In the video, he's the man with his knee on Dziekanski's neck.

Corporal Robinson, more recently, has been implicated in another death--that of a motorcyclist last October. I wrote about that here. Robinson was under the influence of alcohol when he struck 21-year-old Orion Hutchinson. According to witnesses, he left the scene of the accident, without attending to his injured victim.

At the time, I noted the following:

**********
It would appear that an alibi is already being prepared for him. Here is his collegial fellow officer Paul Eisenzimmer:

Delta Const. Paul Eisenzimmer said that, in general, anyone who leaves the scene could be charged under the Criminal Code.

"But if someone leaves their identification and then leaves the scene the issue is why leave and what have they done in the interim -- have they gone and drank some more?"

I am not alone, I suspect, in reading between the lines here.

It turns out that I was exactly right. Robinson is presently facing charges of impaired driving causing death and exceeding the legal alcohol limit. (Well, not quite, it seems: police have recommended that those charges be formally laid, but no decision has yet been made by the BC Criminal Justice Branch. Have I seen this movie before?)

In any case, in the interim, Robinson had his licence suspended for three months for impaired driving. And, lo and behold, he did precisely what I predicted he might: he argued all the way to the BC Supreme Court that he drank himself over the limit after leaving the scene and going home.

Luckily, there are a few smart folks around courtrooms these days. His appeal has been summarily rejected. The original decision to suspend his license came from a motor vehicles adjudicator, who ruled:

The police evidence indicates you told the officer you left the scene, had two shots of vodka and then returned. In reviewing the evidence before me I do not find this credible.

This was upheld by BC Supreme Court Justice Mark McEwan in his review of the adjudicator's finding: as reported, he found that "the adjudicator's determination was within her jurisdiction and within the standard of reasonableness."

To be sure, this is more of a tangled tale than it looks. As I noted above, witnesses at the time reported that he had indeed walked away, and Robinson staked his case before the adjudicator on this. But for some reason the claim that he had left the scene was dismissed by the adjudicator, who said, "I find it unlikely that after witnessing you having a collision that the witnesses would then allow you to leave the scene of the collision."

In any case, the adjudicator took the blood alcohol readings seriously. And Justice McEwan concurred:

(The) officer noted her personal observations that the petitioner had a strong odour of liquor on his breath and on his person, that his face was pale, his eyes were bloodshot and his pupils were dilated, and his speech was slurred,” said the judgment by Justice Mark McEwan.

It said Robinson told the officer he had two beers at a party at 5:30 p.m. and then took two shots of vodka after the collision during a 10-minute period in which he left the scene, walked home, and returned.

The officer didn’t believe him, noting “symptoms far more set than two shots in that time period should indicate.”

Wheels within wheels. Whether he walked away from the scene or didn't, the blood alcohol evidence was damning in two respects: it was well over the legal limit, and it was not consistent with his going home and downing two shots of vodka.