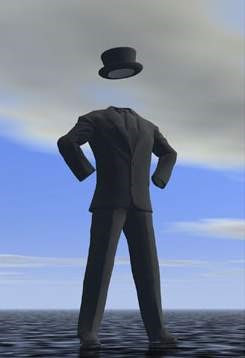 Jack Layton, are you there?

What a rush for the exits the Suaad Hagi Mohamud case seems to have caused.

Today the Toronto Star suggests that Cannon's sheer incompetence as a Minister might have something to do with his odd absence from the public stage at the moment. For absent he is:

Cannon has been either intentionally keeping a low profile or been missing in action while Harper fielded questions on Mohamud's ordeal.

An interview request sent yesterday to the minister's office was turned down. Calls to two of his three constituency offices yielded no clues as to his whereabouts.

Yesterday Deepak Obhrai, Cannon's parliamentary secretary, was interviewed by the CBC, and covered for Cannon as best he could. Obhrai, who played a dubious role in the Abousfian Abdelrazik case, simply avoided every direct question put to him, including whether a promised "review" of the Canadian Border Services Agency's gross mishandling of the case would be made public.

Stephen Harper himself earlier had the crust to claim that getting Mohamud home has been the intention of Foreign Affairs all along. No review of Foreign Affairs and its considerable role in Mohamud's thankfully temporary exile appears to be forthcoming.

And the Ottawa Citizen, which has been slow to pick up the story, today editorializes on the matter, and to my delight also mentions the outstanding case of Abdihakim Mohamed:

Suaad Hagi Mohamud is a Canadian of Somali origin. She was stuck in Nairobi for nearly three months because Canadian officials didn't believe she was the person in her passport photo. They called her an imposter, despite proof to the contrary. After an onslaught of media attention, the Canadian government is accepting the results of a DNA test and allowing her to come home. The prime minister is finally commenting on her case.

Abdihakim Mohamed is a young Canadian man, also of Somali origin. He's been stuck in Nairobi for three years, because Canadian officials don't believe he matches his passport photo. His mother in Ottawa has been frantic, because Mohamed is autistic. Abdihakim's mother has provided affidavits from Canadians who know her son, and she has offered to take a DNA test, but so far, the Canadian government has ignored that offer. Passport Canada is still giving her a runaround.

And then this zinger:

The evidence is mounting that the Canadian high commission in Kenya, and officials from Passport Canada and the Canada Border Services Agency, are not treating Somali-Canadians with due respect. At least one community organization that works with immigrants in Ottawa is used to hearing complaints from Somali-Canadians about the high commission in Nairobi. It's an important hub for the Somali refugee community. If Foreign Affairs Minister Lawrence Cannon won't get to the bottom of what's going on in Nairobi, perhaps the foreign affairs committee of the House of Commons should.

Meanwhile, Michael Ignatieff has been spotted at a farmer's market here and a canoe museum there, but has not emerged from the shadows to show any leadership whatsoever on the matter. This is entirely consistent, of course, with his silence on the Abdelrazik case. No wonder he's sinking quickly in the polls, dragging his party down with him.

And then there's the NDP. On Abdelrazik, they couldn't have done a better job. But on Mohamud, they, too, kept their distance and remained silent. If invited to speculate, I would suggest that the party did not want to take the chance, however slight, that DFAIT's account (now proven to be bogus) might be correct. The stakes are obviously higher for a party going into a convention and a possible Fall election than for, say, a blogger.

And yet: I would have hoped that my own party's leader could do better than join ranks with the other Invisible Men of Canadian politics when a fellow-citizen was in trouble. Maybe we need a New NDP.