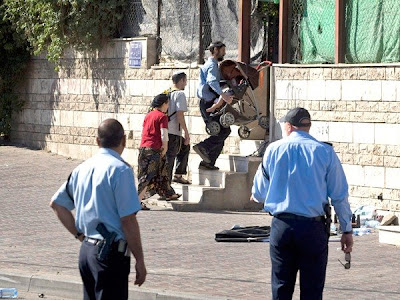 Nasser Ghawi, one of the evicted Palestinians, said his family had been living in the house for 53 years before the Israeli forces came and broke down the doors. Maher Hanoun, the head of the other evicted family, was out on the street like Mr. Ghawi.

"I do not need a tent or rice," Mr. Hanoun said. "What I need is to return to my house where I and my children were born."
Posted by Dr.Dawg at 3:02 PM