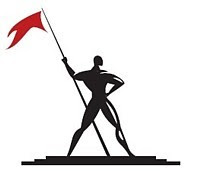 "Raphael Alexander" is waking up to an uncomfortable truth about Afghanistan. It's stubbornly refusing to mirror the values our troops are allegedly dying to uphold. Women were largely disenfranchised in the election just held. Women, thanks to the once and possibly future president Hamid Karzai, can now be legally starved by their husbands if they refuse to have sex with them.

The latter is too much even for the Flea.

To Raphael's moment of conscience the hawkish Mark Collins responds, with, I must observe, the admirable honesty of a Realpolitiker:

If only the same media attention were paid to any number of other Muslim countries. How odd that the media focus so much on those that, ultimately for national security reasons, Western countries are fighting in.

Let’s find a perfect country to fight a war in support of. [emphasis added]

Meanwhile a leftist article has incited the scorn and wrath of the hawks, and, it is hoped, might do something similar for most thinking progressives:

[I]f we, as avowed anti-imperialists, intend to wait around for a resistance movement that agrees with us on every issue, including the need to fight the oppression of women, gays, racial and religious minorities, etc., we'll be waiting a long time. The Taliban is the resistance in Afghanistan and we must support it, critically, but unreservedly.

I rather liked "critically, but unreservedly." But setting aside the obvious foolishness, readers will readily note a creepy resemblance between the two screeds.

No, I'm not talking "moral equivalence," although arguments could be made: I'm talking cynical equivalence. There's no room here for the critic or the sceptic, for values or morals, for humanity, in such models of geopolitics.

I never thought I'd see the day when I quoted anti-Castro poet Heberto Padilla, but as I grow older his corrosive scepticism is starting to make sense. These are his "Instructions on how to enter a new society," but they seem to apply just as easily here:

One: be an optimist.

(Do well at sports—all of them.)

And, most of all, move

one step forward, and

one (or two) steps back:

Fall in, soldiers, politicians, media, bloggers, apologists, cheerleaders. Choose your black or white, and then keep your eyes straight ahead. Make all of the necessary excuses, to others and to yourselves--if it doesn't cleanse the soul, at least it will dull the conscience. Slaughter their metaphors, crush their abstractions, bomb their ideologies, conduct a house-to-house search for their values, and take no prisoners.

And never stop cheering.
Posted by Dr.Dawg at 10:54 PM