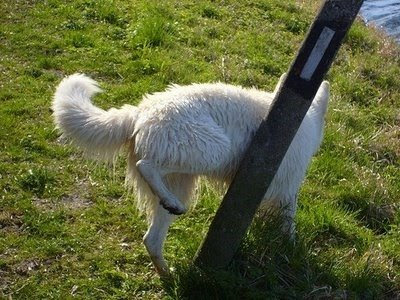 "Tories on cusp of majority with 40% support," shrieks CanWest. And then the fine print:

Stephen Harper's Conservatives have moved within reach of a majority, according to an Ipsos Reid poll, primarily because the party has found new strength in key election battlegrounds in Ontario and Quebec.

The Conservatives have surged to 40-per-cent support, up two points from a week before, according to the poll, commissioned by Canwest News Service and Global National.

"It seems like this relentless march by the Tories. They're not really making huge strides, but ... obviously they're moving in the right direction," said Darrell Bricker, CEO of Ipsos Reid Public Affairs. The poll, conducted by phone from Tuesday through Thursday, has a margin of error of 3.1 percentage points, 19 times out of 20. [emphases mine --DD]

For crying out loud. Conservatives "surge" in a "relentless march," Liberals "dip," and the NDP "jumps"--two whole points, well within the statistical margin of error. Whom on earth do the pollsters and media think they're kidding?

Still, while the poll shows that Canadians are warming to the prospect of a Tory majority, 49 per cent still say they would be "dissatisfied" with such a result. Thirty-seven per cent would be satisfied, while 14 per cent had no opinion.

In other words, the folks who are going to vote Tory anyway would be "satisfied" with a Tory majority. (I think it's fair to assume a certain amount of overlap here.) What almost classically British understatement!

That's it for me. No more polls, which more and more are beginning to sound, in their interpretation if not their methodology, like a certain notorious MASSIVE one. La, La, La, La, Ipsos-Reid, I can't hear you!

And, as always, the real lede is buried deep under the cornfield. 40% of the voters will bring a party close to "majority" territory. Minority rule as usual. Ain't formal democracy grand?