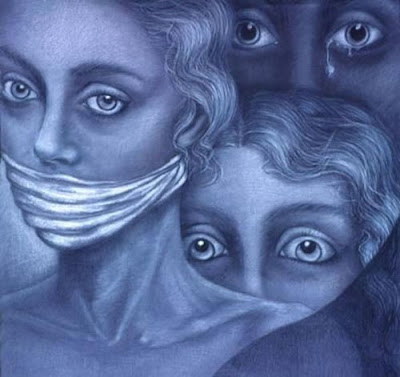 If we are to achieve a richer culture, rich in contrasting values, we must recognize the whole gamut of human potentialities, and so weave a less arbitrary social fabric, one in which each diverse human gift will find a fitting place. --Margaret Mead, Sex and Temperament in Three Primitive Societies (1935)

We are not looking at a fringe group here. They look a lot like Canadians as a whole. --Steven Brown, Laurier Institute for the Study of Public Opinion and Policy

I'll likely never vote Green. It's a petty bourgeois party whose appeal is more to small business and disaffected Tories than to socialists. But I'm mad as hell about the news today: the goalposts have been moved, and the Green Party has once more been excluded from the televised leaders' debates.

The Greens are currently at 10% in the polls. They have a sitting Member of Parliament. During the last election, they took 4.5% of the vote. Based upon voters' preference rather than our creaky, undemocratic "first past the post" system, that should have meant 14 seats or so in our 308-seat House of Commons.

The corporate media have tamely gone along with the major parties. This time, not having the excuse of "no MPs" to fall back on, they have stated--and I have no reason to disbelieve them, in fact--that some of the other parties blackmailed them into excluding the Green Party leader, Elizabeth May, with the threat of a leaders' boycott.

Democracy is about representation, accountability, transparency--and choice. From the perspective of the people, democracy means maximizing options, alternatives and competing visions. Governments, in fact, should be facilitating this as part of their mandate, although some (including governments) find this counterintuitive. Grants to such diverse organizations as the Canadian Labour Congress, the National Action Committee on the Status of Women and the Court Challenges program, as well as to counter-cultural artists and "left-wing" television personalities, help to foster debate, allow new ideas some oxygen, and improve social and cultural discourse in general.

Political parties and governments, however, for which power, not democracy, is the immediate goal, seek to narrow options and exclude possibilities. It is in their interests to do so: every squelched alternative represents a pool of votes that could go to them, or one less perspective opposed to them.

The same anti-democratic thinking lies behind the major parties' strong opposition to electoral reform.* Think about it: if around 40% of the vote is enough to deliver majority power to parties again and again and again, why would the beneficiaries of "first past the post" support a democratic alternative where the preferences of the people are duly represented in the House of Commons? And that 40%, by the way, is only about 8 or 9 times the popular Green vote in the last election.

The arguments against Elizabeth May's participation, as they are reported, are ludicrous and false. Stephen Harper claims that May is just another Liberal, because the Liberal Party stood aside for her in Central Nova. But as the Globe & Mail pointed out last Thursday, this is not a principled reason to exclude her from a leaders' debate. And the NDP's Michael Byers calls the Greens a "single issue party," which makes no sense at all and is demonstrably untrue: the Greens have positions on all of the major issues before us. Certainly the party looks at those issues through a green lens, but why is that any different from the NDP doing so through a pink one?

Those of us who value principle over party expediency need to be heard on this. We should let our respective party brass know, and quickly, that power cannot be permitted to trump our democratic values. This is, or should be, a non-partisan issue. So far, only the Liberals have stood up for our right to hear what Elizabeth May has to say, but, Liberal readers, there's no harm in reinforcing that position. Call or send politely-worded messages to the leader of your party of choice (follow the links):

I'm dismayed at the decision to keep Ms. May out of the debate. It's contrary to democracy, common sense and civil decency. I'm hugely disappointed that the NDP is party to this exclusion. I'm shocked that the Conservatives and NDP apparently have threatened not to participate if she had been included. I'm incredulous that Mr. Layton would use the Liberal-Green deal in a single seat to argue that they're virtually the same party. I can hardly believe Mr. Harper's brazenness in saying, without an iota of proof, that Ms. May intends to endorse Mr. Dion.

Now we are left with the spectacle of four men babbling to each other, while another man moderates. Nice work, boys.

Make no mistake: Ms. May is being excluded for no reason of principle. This is all about exploiting an opportunity against a potentially dangerous opponent. Another word for this is opportunism. This is a decision that may well come back to haunt both the Conservatives and the NDP. And they'll have no one to blame but themselves.

UPPERDATE: The Bloc backs off, and the backlash begins. (H/t Saskboy and JimBobby)
_______________
*In fairness, the NDP has stood up for proportional representation, with feisty Ed Broadbent leading the charge. But prominent BC NDPers like Bill Tieleman were outspoken in their opposition during a reform referendum in 2005, where 58% of the voters cast ballots in favour. The BC NDP has, in the past, won majorities with FPTP.
Posted by Dr.Dawg at 6:40 PM