I wrote a Letter to the Editor for the Conservative Party 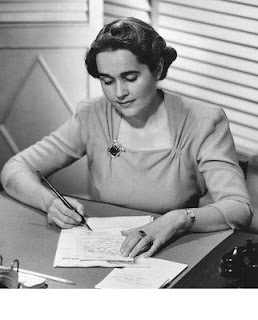 ... and so can you!
Inspired by this woman's account, I zoomed over to the CPC website.
After reading 10 facts that I did not know about Stephen Harper, I had a short nap. When I woke up, I clicked on the 'Write a Letter to the Editor' link. I was taken to a page where I had to provide my postal code. I considered my options - making up or borrowing existing information so I opted for a combination of the two; I gave the code for a neighbourhood housing co-op.
Topic for Letter to Editor. The choices were health care, lower taxes, Arctic Sovereignty, Help for first-time homebuyers, Child care, Environment, Supporting self-employed mothers, Support for Seniors, Tackling Crime, Accountability, Cutting the excise tax on diesel.
Decisions, decisions. I selected 'Supporting self-employed mothers'.
Next page, I could click on The Globe and Mail or The National Post. I picked the Post. Then boxes, with Asterisks flagging information that HAD to be given. The set-up was interesting. The default province was Alberta. There were 5 boxes dedicated to information about the street: Number, Number Sfx, Name, Direction, Type. (Is that a Calgary idiosyncrasy?) I entered a fictitious name, then location info about the housing co-op. For Street Direction I provided 'One-Way'; for email address, another inspired bit of fiction.
I was ready to write my Letter to the Editor!
On the next page there was a box for the subject line, and the text, helpful hints and, MOST importantly, CPC platform points. I was crass. I copied most of the platform points with a few embellishments. This was my Letter to the Editor:

To whom it may concern,

Canadian women deserve the right to make the best choices for their families. No one should be forced to choose between starting a family and starting a business because of government policy. That's why Prime Minister Stephen Harper's announcement that Conservatives will give self-employed Canadians the opportunity to opt-in to maternity and parental employment insurance benefits is important and will keep women off welfare and in the house.

In 2007, more than 2.6 million people were self-employed in Canada and one third of them were women. Now these women will have the choice to pay into the EI program so that when they need to take the time to care for their newborns, they have financial support so they don't have to sue men for alimony.

This announcement is another example of how Conservatives will help our economy and our families.

Well, that sure was a LOT of fun. I hope that the housing co-op people aren't too cranky with the CPC flunky who calls their phone number to check up on Sergei Lafortune.
Posted by Marie Ève at 7:29 PM