Is democracy wasted on the people? 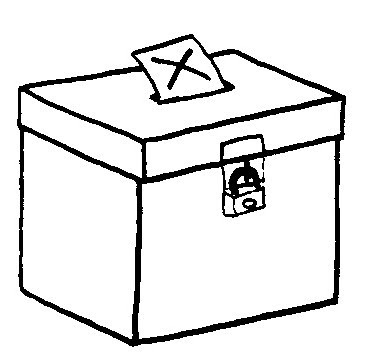 Two American political scientists, Christopher H. Achen and Larry M. Bartels, showed in a 2004 paper that 2.8 million voters cast their ballots against Al Gore in 2000 because of poor weather in their states (p.29). Woodrow Wilson's 1918 presidential campaign was jeopardized because of shark attacks along the beaches of New Jersey. Picking up on the theme in an article in The New Yorker that appeared at about the same time, Louis Menand makes reference to an earlier commenter:

"The typical citizen drops down to a lower level of mental performance as soon as he enters the political field," the economic theorist Joseph Schumpeter wrote, in 1942. "He argues and analyzes in a way which he would readily recognize as infantile within the sphere of his real interests. He becomes a primitive again. His thinking is associative and affective."

Menand goes on to note:

The most widely known fact about George H. W. Bush in the 1992 election was that he hated broccoli. Eighty-six per cent of likely voters in that election knew that the Bushes’ dog’s name was Millie; only fifteen per cent knew that Bush and Clinton both favored the death penalty.

Achen and Bartels conclude their article on a note of deep pessimism. Their study, they write,

questions the ability of ordinary citizens to assess their public life critically, listen to the proposals for change coming from contenders for public office, and then choose between the candidates in accordance with their own values. Like most survey researchers who have talked extensively to real voters, we believe that few such citizens exist. The present paper is one more item of evidence. The central fact about democracies is that the voters understand little beyond their own and their community’s pain and pleasure, and they think about causes and effects as the popular culture advises them to think. The romantic vision of thoughtful democratic participation in the common life is largely mythical. Democracy must be defended some other way, if it is to be defended at all. [emphasis mine --DD]

The current view of the average or "mass" voter might well be rooted in a pivotal article published in 1964 by Philip Converse, "The Nature of Belief Systems in Mass Publics." In it, using data available at the time, he argued that only 10% of the voting population (whom he termed "ideologues") had a coherent, "constrained" set of political beliefs. "Constraint" refers to the degree to which holding one political position allows us to predict other positions. Those whose beliefs are constrained are not likely, to give a Canadian example, to support massive cuts to the public service and an increase in public services at the same time. But we know that both positions have been very popular indeed among the "mass public."

Converse has not been without his critics. J.H. Wray*, for example, believed that he greatly exaggerated the gap between the elite and the mass publics. Converse held the view that college graduates would have more coherent political beliefs, but Wray used statistical techniques on Converse's national sample data, and found very little actual difference. And he made a key point: "An irony of 'The Nature of Belief Systems in Mass Publics' is that it tells us so little about the nature of belief systems in mass publics."

As it happens, Converse, in retrospect, was inclined to agree. Answering Wray, fifteen years after his original paper appeared**, he conceded:

[A]s a Wray quotation or two make clear, I mistakenly assumed that measures of education, political information, ideology or political sophistication would all be sufficiently correlated that any one of them would be a reasonable proxy variable to produce the kind of discriminations being discussed. What has turned out in the interim is that while educational differences fail to yield much of the expected discrimination in constraint as statically measured or in attitude stability as longitudinally measured, measures of political involvement tend, with much greater reliability, to show discriminations in the expected direction, and often quite large ones.

In other words, those who are more politically involved tend to have more coherent political beliefs. Speaking as someone who is not a political scientist, my impulse at this point is likely a "mass" one: "Well, duh."

And yet we aren't out of the woods: we still have vox populi to deal with. In the absence of interest or involvement in politics, weather and hair style might well be deciding matters. We recall how a single media image of Robert Stanfield flubbing a catch may have sealed his political fate:

In the 1974 election, a photographer snapped a picture of Stanfield fumbling a football on an airport tarmac. It served to depict him as clumsy and inept, despite the fact he had been firing perfect spirals to a reporter for several minutes before the errant toss came his way.

People are susceptible to media images and soundbites at election time. This sort of thing forms part of the non-political calculus by which they make their decisions. It's not that the reasons for their choice are necessarily irrational or stupid: they simply aren't political.

And it gets worse. A recent paper by two more political scientists deals with political misperceptions--"Obama is a Muslim," for example, or "Saddam had WMDs." It turns out that correcting these misperceptions is a Herculean task. Not only do corrections often fail to fix things: they can actually increase misperceptions. Especially amongst conservatives.

Heh. We knew that. But it doesn't make our task any easier.

What task? Well, if we aren't going to give up on democracy altogether, cynically exploiting the masses' alleged fixation on trivial and irrelevant matters, we need to look at an alternative kind of politics. To begin with, perhaps the notion of polarized positions, as Morris Fiorina (cited by Menand) suggests in his book Culture War? The Myth of a Polarized America, is a polarization of elite, not popular, opinion. As he puts it, "The simple truth is that there is no culture war in the United States—no battle for the soul of America rages, at least none that most Americans are aware of."

Indeed, this would conform to the opinions already noted that most voters are not motivated by actual political issues. While we might still be confronted by conservative values, then, at least we may not have to penetrate the wall of conservative politics. We face, in other words, a social challenge, not a political one.

Menand himself concludes the same thing: that voting is social, not political:

Fiorina quotes a passage from the political scientist Robert Putnam: “Most men are not political animals. The world of public affairs is not their world. It is alien to them—possibly benevolent, more probably threatening, but nearly always alien. Most men are not interested in politics. Most do not participate in politics.”

Man [sic] may not be a political animal, but he is certainly a social animal. Voters do respond to the cues of commentators and campaigners, but only when they can match those cues up with the buzz of their own social group. Individual voters are not rational calculators of self-interest (nobody truly is), and may not be very consistent users of heuristic shortcuts, either. But they are not just random particles bouncing off the walls of the voting booth. Voters go into the booth carrying the imprint of the hopes and fears, the prejudices and assumptions of their family, their friends, and their neighbors. For most people, voting may be more meaningful and more understandable as a social act than as a political act.

It would be a mistake, however, to leave matters thus. The underlying notion in all this is that the general public doesn't care about the real issues, or is even incapable of caring, and votes accordingly. But one shouldn't take this as irremediable ignorance, foolishness or incapacity. It is, first and foremost, indicative of alienation from present-day politics, from a system that encourages public participation only for a very short period every few years.

People might be forgiven for taking the view that no matter who they vote for, the government gets elected. Why learn about the issues? Why delve into the politics that surrounds even what directly affects them? The day after the election it's back to normal, as though nothing had happened. Do they have any more say in things? Will the promises of the day be kept? (Hands up, all those who think that we're really out of Afghanistan in 2011 if Harper is returned with a majority.)

If Converse's truism is accepted--that the more politically involved one is, the more coherent the political worldview, although he doesn't address a possible chicken-and-egg problem here--then it seems to me that we need a different kind of politics, one that is involving and that operates on a daily basis, if people are going to be interested enough to take politics not only seriously but politically. To be so, politics needs to be rewarding: not in the big-party sense of offering the spoils of war to assorted party hacks and camp-followers, but in the sense of ordinary people not only having the power to make a real difference, every day, but knowing they have it.

That may well call for re-placing parliamentary politics in a larger, as yet uncreated context, rather making it the exclusive, distant centre of our political attention. Perhaps we need a radical re-shifting of power to the local from the remote core, and/or numerous new mechanisms to make government accountable on a continual basis, mechanisms that ordinary citizens can easily access.

At the very least the present estrangement of citizens from their current political system calls for wide public discussion of a kind we've never had. Until then, pray for an early snowfall on October 14: some folks will be bound to blame it on the Conservatives.

Post writing is also a excitement, if you be acquainted with then you can write if not it
is complicated to write.

Have a look at my homepage ... cheap professional seo