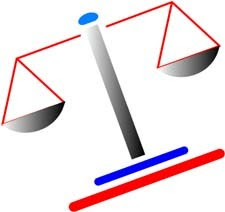 I have come late to the saga of Peter Fonteece and his remorseless pounding by the Crown, but this Globe & Mail editorial says it all. I'd be hard-put to cite a riper example of judicial abuse than this.

No doubt we'll be hearing from the likes of that insufferable busybody Margo Somerville shortly. Oh, wait--we have (scroll down). Her perhaps predictable claim--that suicide is wrong and that we obviously have a duty to prevent people from ending their lives because hospitals treat unsuccessful suicide patients--is suitably dissected by an ethicist and a lawyer in the Globe's letters pages:

If Ms. Fonteece had been brought to hospital after attempting suicide and judged legally competent, then any health-care professional who forced life-saving treatment on her would be committing a criminal assault.

...I strongly disagree with Margaret Somerville’s assessment that there’s a duty to prevent someone from committing suicide because, otherwise, “people who have attempted suicide and are brought to hospital must not be treated but allowed to die.” If that person is brought to hospital conscious and lucid and not mentally incompetent, and they refuse treatment, they must be allowed to die. No doctor will be prosecuted for disregarding their expressed wish.

From where I sit, the ethics involved are simple. A blind man and his spouse, poor, isolated and desperate, despaired of living. Both attempted to take their lives. She died; he did not. It was their individual choice to make in any case. Suicide has not been a crime in Canada since 1974. And there is no legal compulsion to intervene--indeed, there may be a legal compulsion not to intervene--if someone chooses this route.

The man's defence lawyer did him no favours by agreeing with the Crown that the law required him to act. It does nothing of the kind. There is no legal requirement for Canadian citizens even to try to stop a crime in progress, much less a legal act of suicide. The Crown's position was wrong in law, but Crown Attorney David MacKenzie forced a plea bargain on the man, who had been stuck in jail for 70 days. Fonteece, to put an end to his judicial persecution, pleaded guilty to criminal negligence.

Even health practitioners in Ontario who have been found guilty of assisted suicide--which remains illegal under Section 241(b) of the Criminal Code--have received suspended sentences. But MacKenzie, clearly a man who enjoys public moral preening, wants Fonteece to do another nine months in jail:

The court must, MacKenzie said, impose a sentence that takes into account the duty family members owe to one another, and shows that society "will not tolerate the inattention or disregard for another family member‘s life, even in circumstances as tragic as those in the life that Peter and Yanisa Fonteece had made for themselves."

A judge will decide on a sentence on May 13. A contrite apology from the bench would be far more appropriate.
Posted by Dr.Dawg at 3:33 PM