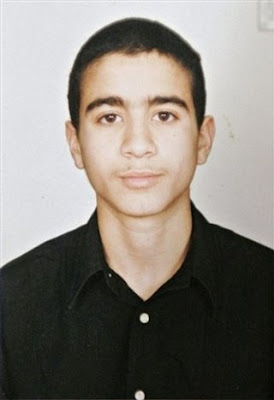 The Harper government will not be requesting the repatriation of Canadian citizen Omar Khadr. One hardly needed a crystal ball to predict that.

The Supreme Court, in its decision last week, effectively ruled that the Charter doesn't apply to Khadr. Rights without juridical backing aren't rights at all. Khadr's Charter rights are being breached to the present day, said the Court, but it refused to order a remedy, leaving that up to a government whose interest in Canadian citizens in difficulty abroad appears to be inversely proportional to their skin colour.

This human rights lawyer has it right:

Some have argued that despite the limp language of the judgment, the Canadian government still has to "do something." Maybe. But it depends on what "do" means. The court says that it has created a "legal framework for the executive to exercise its functions."

Good questions, to which the answers are, I think, obvious.

For those who argue that the Charter can merely restrain, not compel positive action by the government, just last year the Federal Court took the opposite view in the case of condemned murderer Ronald Smith, facing the death penalty in the US. Justice R.L. Barnes ordered the government to continue to seek clemency for Smith, after the Harper administration had decided to leave him to his own devices.

In the Khadr case, the SCC moused out and the government has performed as expected. So much for the optimists who saw in the Supreme Court's ruling a compulsion, if veiled, for the government to take action to uphold Khadr's Charter rights.

"The only thing it can’t do is to do nothing," said Liberal leader Michael Ignatieff, "because the court clearly said that the rights of a Canadian citizen have been violated."

I can hear Stephen Harper replying: "Just watch me."
Posted by Dr.Dawg at 1:04 PM

I think it's beneath contempt to label the Left "soft on terror." Yeah, sometimes I agree that passenger planes full of innocent people should be blown-up in mid-air. Or sometimes I think convicted terrorists should be freed and be provided with psychological counselling to allow them to get over whatever childhood traumas set them on the wrong path.

You're right. I do scoff at the "war on terror." Because it's a stupid title for a stupid, self-serving process whereby the USA dredges up enemies to justify its war on democracy and human rights.

Creating enemies and then justifying shredding our human rights because "we're at war."

Racism? You really think that if Kadr was white, Harper would repatriate him? You don't think it's possible that the government is adopting the quie reasonable stance of electing to not import terrorist trash into this country, once it's out?