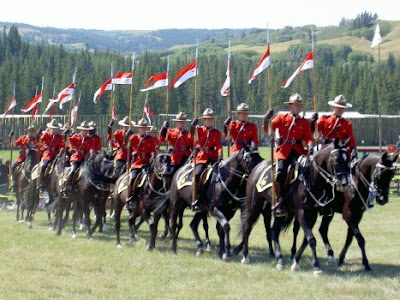 Here's a tantalizing little item that vanished down the memory hole:

Asked to describe what he saw on the video, [Dziekanski family lawyer] Mr. Kosteckyj replied: "I would describe it as something that will be shown to police academies around North America as not the way to intervene in this kind of situation."

Police have described a much more measured response in which officers gave a wildly agitated Mr. Dziekanski two jolts from a taser just to subdue him long enough to put handcuffs on him. The RCMP say they too have videos, but they can't be released because an investigation is under way. [emphasis added]

Will these videos surface at the Braidwood Inquiry? Or have they been reduced to ashes at this point? Or, knowing the propensity of the RCMP to lie (note the claim above about two Taser jolts, for example), did they ever exist?