The Braidwood Chronicles: “When he turned blue, I realized it wasn’t an act” 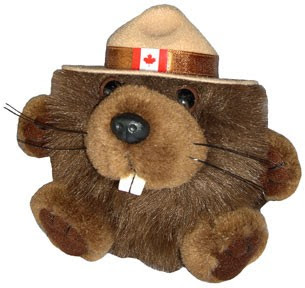 In his second day of testimony, Constable Bill Bentley changed his story yet again.

Bentley had initially testified that he had feared for his safety when Robert Dziekanski turned and walked away from the officers. He had interpreted that as defiance, he said. But as the lawyer for the Polish government, Don Rosenbloom, pointed out, Cpl. Benjamin Robinson had warned Dziekanski away from his luggage (where he'd stowed his passport), and signaled with a clear hand-gesture to move towards the counter. Bentley was forced to concede that this was the case.

In other words, Dziekanski was doing what he was told--in police language, he was being "compliant." Yet the day before, that very move was held to be non-compliance--and, according to Constable Gerry Rundel, who testified earlier, sufficient justification for a Tasering.

None of this was in Bentley's police notes. Instead, they referred to a combative Dziekanski who ran towards the officers screaming. On his first day of testimony, he insisted that he was in fear of his life, but admitted that his notes were in error. And now he has had to admit that Dziekanski was being compliant after all.

The exhausted Dziekanski must have been terrified as the officers advanced on him. They obviously meant business. Indeed, the lawyer for the Dziekanski family, Walter Kosteckyj (a former RCMP officer himself), got him to admit that the officers had arrived at the airport pumped for a fight. In a deadly error of judgement, Dziekanski grabbed a stapler (which, in another lapse of police procedure, was not recovered from the scene) and held it up to his chest--he didn't "brandish" it or "wave" it--in what could well have been an instinctive defensive move.

Despite established procedure, which calls for a warning before a Taser is used, no warning was given. Kwesi Millington, the man with the stun-gun, just zapped, and zapped and zapped--five times in all. Dziekanski passed out after the officers leapt on him and Millington delivered more jolts. Bentley thought he was faking it. "But when he turned blue, I realized it wasn’t an act." Instead of administering first aid, Bentley started taking pictures and interviewing witnesses.

More inconsistencies were exposed. It had been claimed earlier that the first Taser jolt didn't drop Dziekanski, and that a second one, therefore, was necessary. Corporal Robinson, the man in charge, told Constable Kwesi Millington, who had deployed the Taser, to "hit him again." But Bentley, under cross-examination, admitted that the first shot put Dziekanski on the ground in six seconds--although the order for a second shot might have come before he actually hit the floor.

"So the second Taser shot was not necessary?" asked Don Rosenbloom, the lawyer for the Polish government.

He then had to concede that his formal police statement might have been wrong in stating that Dziekanski was brought down by two of the officers because he was "fighting through" the Tasering. Rosenbloom pointed out that, after a 50,000 volt electric shock, Dziekanski would have lost control of his muscles. The look on his face, and his screams, could have resulted from the pain the Taser caused, the lawyer suggested.

Bentley's response? "It could be both. It depends how you interpret it."

And then, another twist: under cross-examination by Rosenbloom, Bentley revealed that the four officers had got together for a "debriefing" a few weeks later to compare notes--apparently after the video was released. This came as a surprise to Inquiry counsel Art Vertlieb, who has now asked for all records of that meeting.

Asked earlier by the Dziekanski family's lawyer if there had been a cover-up, Bentley denied it. Yes, he had changed his statement after the video came out, but just "to set the record straight."

Some record. Some straightening.

Monday: Constable Kwesi Millington, the man with the Taser, will be on the stand.
Posted by Dr.Dawg at 8:32 AM