The Braidwood Chonicles: the cops speak 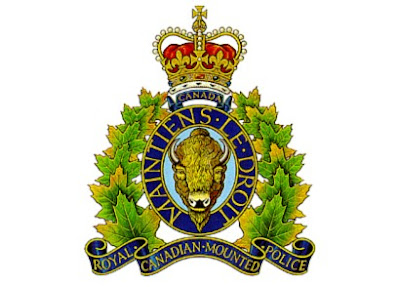 The four RCMP officers who caused the death of Polish immigrant Robert Dziekanski, but were exonerated of all wrongdoing by the B.C. Crown Attorney's office, have begun their testimony before the Braidwood Inquiry.

RCMP Constable Gerry Rundel was first up. And his testimony provides a glimpse into the attitudes of some police officers towards their jobs, Taser use and the public they are supposedly sworn to protect.

When the four officers descended upon the Vancouver Airport, they had no game plan, Const. Rundel stated. He himself was informed that Dziekanski spoke no English, but didn't think to share this information with the other officers. In any case, as reported in the Globe and Mail, Rundel didn't believe Dziekanski's lack of English was a barrier to communications.

Rundell's thinking during the incident itself was exposed to the light by the media today, and those reports make disquieting reading.

Rundel stated that it all began when Dziekanski reached for his luggage. The officer in charge, Cpl. Benjamin Robinson*, barked "No!" and gestured for Dziekanski to stop--which he did. Dziekanski then turned, lifted his hands in the air and started to walk away.

"Non-compliance?" What compliance was required? Was he under arrest? In the mind of Const. Rundel, however, this alone would justify the use of a Taser. Never turn your back on the RCMP.

When Dziekanski finally turned around to face the four officers, with a stapler in his hand, he was Tasered, but as Rundel indicated, the intent to Taser, at least in his mind, was already fully formed. "Hit him again," Cpl. Robinson shouted, and Dziekanski, already in pain and shock, was duly zapped once more.

The rest is tragedy. No doubt as the inquiry progresses there will be other such insights into the mentality of the Mounties who got their man.

UPDATE: More. [via The Gazetteer]

Rundel took long pauses when asked repeatedly by Patrick McGowan, a commission lawyer, what command Dziekanski disobeyed that made officers conclude he was resistant.

McGowan noted that Dziekanski stopped moving toward his luggage when he was ordered to.

Rundel eventually replied that Dziekanski "indirectly" disobeyed the officers when he walked away because he should have known they were police and should have stood still.

Rundel was shown a video of the incident, taken by a witness, and asked to point out when Dziekanski lifted the stapler in an aggressive manner, but he could not. [Emphasis added]

______________
*Robinson is currently facing impaired driving charges in connection with the death of a motorcyclist.