Mornings after nights before 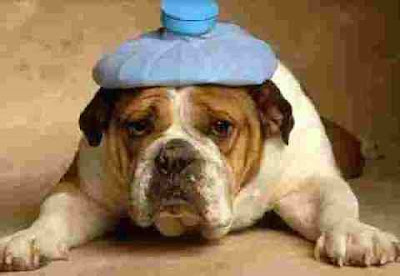 The tumult and the shouting have died, and we're still rubbing our eyes.

The binarism that is American politics achieved its ecstatic moment, and no one was immune. In a local bar, I jumped to my feet and cheered, along with everyone else in the place. A transition. A tipping-point. The possibility that the useless, ramshackle, superannuated notion of "race" might at last--someday--be thrown into the rubbish-bin of history. A door seemed to open, and sunlight was streaming inside.

And I still think that a door was opened. But Obama himself? Here's correspondent Chris Stolz in today's Globe and Mail:

[I]magine a political candidate who voted to renew the Patriot Act and fund the Iraq war, backed the Foreign Intelligence Surveillance Reform Act, courted the Israeli lobby, supported the death penalty, refused to champion universal, single-payer not-for-profit health care for all Americans, called to increase troop levels and expand the war in Afghanistan, failed to call for a reduction in defence spending, and lobbied (and voted for) the taxpayer swindle known as the Wall Street bailout.

This candidate sabre-rattled at Iran, promised to roll back "Russian aggression" and to extend treaty protection to a Georgian regime that cluster-bombed its own people, advocated for military strikes in Pakistan, opposed same-sex marriage, and favoured extending the death penalty.

Sober second thoughts, anyone? Obama, like any American politician, is a creature of the machine. The fact that he's Black, or half-Black, or Black and white, is of tremendous interest and significance. But Obama is just a fairly conventional, even conservative political operator in a wild country where half the folks think he's on the far Left. He is armed with charisma; he has the gift of oratory; I think he has a heart. But he's not an avatar of pure Goodness, or anything like it.

Yet he bears that weight. He was Hope, he was Change we could believe in, he was all things bright and beautiful. Today I had another look at a video of the crowds at Grant Park. They were joyful, waving their arms, cheering, some with tears in their eyes. The Moment had arrived. Barack Obama had won. I looked at those faces, and my first thought was, "Don't you let them down, you son of a bitch." But he will. He has no supernatural powers. He's no god. He's just a smart, capable, attractive politician. A politician who is bound to disappoint. They all do.

And John McCain, for his part, carried on his weary shoulders the burden of the dark side. Hatred, lies, rage, know-nothingism, reaction, bitterness. Mindless fear of the Other, of change, of even the possibility of change. To listen to some conservative commentators, caught up in that same Manichaean politics, a rough beast was now slouching towards Washington to be born, darkness (literally) had triumphed over the light, evil incarnate was on the loose.

McCain was too much the gentleman, as his concession speech so clearly showed: his sense of relief was palpable, his words were vibrant, strong, unhesitating. He didn't please his audience. The Manichaean struggle is eternal. You don't concede.

But McCain, too, was constructed out of myth. He was presented as a war hero--for bombing unknown numbers of Vietnamese civilians, and getting captured and quite possibly maltreated. War hero, hell--he was nothing of the kind. Frankly, if I'd been one of those yellow folks who dragged him from the lake where he'd landed, I'd have shot him on the spot. Two million Vietnamese were sacrificed on the altar of American warrior righteousness. They're still dying today from the after-effects of Agent Orange. That war was an abomination, and McCain was one of the people who made it so.

And then there was that dreadful, bone-stupid, benighted sidekick of his. All-American girly image pasted over astonishing ignorance and non-stop shrill intolerance. Whose fans, in the last gasps of post-party carry-on, were seriously talking about a run in 2012. If the GOP carries out that threat, it will implode. One can only hope.

But hey, it was a great party. We all drank too much and talked too loud. And two days later I'm still hung over, and grumpy. Does it show?


Neat page, Keep up the excellent job. Thank you so much!