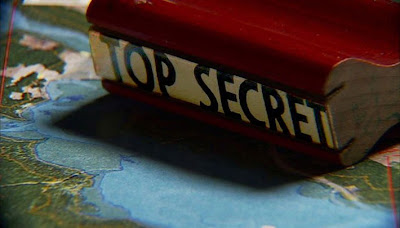 Governments should be accountable to Canadians all the time, not just during election time. One of the key elements of a functioning democracy between elections is transparency and on-going government accountability to Parliament and to the people of Canada. Two new watchdog positions—a Parliamentary Budget Officer and a Public Appointments Commissioner—were created recently with substantial input from my own MP, Paul Dewar. Their respective mandates would allow them to shine a bright light on government expenditures and appointments.

Unfortunately, the Conservative government has seriously undermined both functions before they have even had a chance to be put into operation.

There is at the present time no Public Appointments Commissioner. The office has been deliberately kept vacant. Prime Minister Stephen Harper abruptly made that decision this past May, after a friend of his, Gwyn Morgan, was found to be unsuitable for the position by the House of Commons Government Operations Committee. Mr. Morgan, a Calgary oilman, had made disparaging comments about immigrants, multiculturalism and unions in a speech to the Fraser Institute, a conservative think-tank. In Mr. Harper’s opinion, Morgan’s plainly intolerant views should not have disqualified him from one of the most sensitive positions in Parliament. The Committee, thankfully, disagreed.

The duties of the Parliamentary Budget Officer, technically an officer of the non-partisan Library of Parliament, include carrying out independent analyses of Canada’s economy, finances and planned government expenditures. Another crucial part of the job is to provide an objective analysis of departmental and agency spending estimates, when asked to do so by parliamentary committees reviewing those estimates, such as the Senate National Finance Committee and the House of Commons Finance and Public Accounts Committees.

The first appointee to this post is Kevin Page, who appears to be very well-qualified for the position. But, in keeping with the Conservative government’s smoke-and-mirrors approach, his office has been given a paltry operating budget of $2.5 million, which will simply not permit him and his staff to do the work with any degree of thoroughness. Mr. Page himself has graciously tried to make the best of this tiny allocation, but questions have been raised about how this sum will permit him to serve all 308 MPs, and the various committees that will call on him for assistance.

An expert on the workings of government, Sharon Sutherland, puts it this way:

If MPs want to have at their service a challenge function to both the Finance Department and to the expenditure budget, and if all the political parties make full use of the function, even assuming the Budget Office uses only available data, it will find itself out of funds pretty quickly. Even to perform an interpretive function, it will need to hire experts, and it will have to work with academic economists who charge huge fees.

A responsible and responsive government should be accountable in fact, not just in theory. Two steps in the right direction have now been taken, with the establishment of a Public Appointments Commission and a Parliamentary Budget Officer. But these two steps forward have been countered by two steps right back: an unfilled office in one case, and a grossly under-budgeted one in the other. Canadians, pressed by an economic downturn and shrinking public services, have a right to know what our government is doing on a day-to-day basis. We deserve far better than this.

UPDATE: (November 4) Kevin Page's mandate, it seems, was intended to be largely ceremonial in nature. Officer of Parliament? Why, no--according to the Speakers of the House and the Senate, he simply works for the librarian. (As for the Public Appointments Commissioner, the less said, the better.) It's business as usual in our 40th Parliament. Harper--and now the Speakers--are making sure of that.