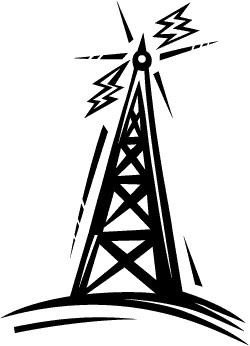 Since Carleton University is both my alma mater and my current abode, I was interested to hear, by way of Jay Currie, that a conservative radio program had been axed by the university radio station, CKCU.

The first questions I asked myself were, Is this a genuine free speech issue? Do all comers have a right to the airwaves, and to say anything they want, no matter how offensive? Is this "censorship," or is it editorial control?

On the other hand, what's wrong with having a mordant, edgy, irreverent conservative campus radio program?

To hear Jay tell it, the producers got into trouble for producing a history of Mohammed when they weren't believers. Indeed, the excerpt from an email by the station manager quoted by Jay seems beyond heavy-handed:

We have also had complaints about a program looking at the history of Mohammed. This subject matter immediately sets off alarm bells. Why are we looking at the history of Mohammed? We have a Muslim program that does this already. Do we need an alternate look? Nothing good will come of this other than to possibly enrage people and increase divisions. If there is a place to look at a fear of multicultural criticism it is not CKCU, a place that is proud of its multiculturalism. We are a campus/community radio station. Our very license indicates we are about building community. How do we build community by presenting the history of Mohammed by two non believers? The defence that this was a well researched program is not acceptable. There is research available to show that smoking doesn’t cause cancer and that there is nothing wrong with the natural state of the world at the moment. Common sense tells us that nothing positive will come out of criticizing anyone's personal beliefs. And CKCU is about the positive. There are many other media outlets who are covering the division and negativity, this is not one of them.

Even clumsier comments may be found in the emails that the conservative duo received:

We certainly are not going to run a message suggesting that things on CKCU do not represent the station. The station has a broad and varied message but we want everything presented on the station to represent a message of community building.

CKCU is about respect. These comments

“CKCU’s programs that deal with political issues are generally quite left-wing, and conformist.”

Are certainly not about respect.

Yikes, I thought, and decided to look into this further. I'm all for inclusiveness, and at Carleton, a cosmopolitan sort of place, this policy is (rightly) in full force. But does inclusiveness mean suppressing any point of view that makes people uncomfortable? Does everything have to be so relentlessly positive? Is criticism of left-wing "conformism" off-limits?

As it happens, I didn't have to look very far--the email exchange between the producers on the one hand and the station manager and program director on the other pretty well told the whole story. My friend Jay has been a bit selective in his choice of text. He left out the "joke" about Iranian taxi-drivers. He left out comments like "special Olympics head start," and making the sound of explosions while describing a German Mohammed look-alike contest, and a reference to amputating the hands of people who steal plants.

Then there's that program on Mohammed--spiced, apparently, with sarcastic comments and attacks on Mohammed, whom they portrayed as a murderer and a sex deviant. One of the show hosts ended the program laughing and pretending to call for security.

From the station manager and program director's point of view, nevcr mind their clumsy phrasing which frankly made me wince, this was all about respect. Indeed, as was pointed out in the excerpt at Jay's place, people of all political stripes go on-air at CKCU, even "Marxist Lennonists," in whose august company I could probably include myself.

So I end as I began, with some of the same questions, and a couple of others:

Are gratuitous insults an essential aspect of the conservative point of view?

Should a radio station be required to broadcast such insults and slurs in the name of "free speech?" Or is it reasonable to impose a general editorial requirement--respect for others?

Tuition fees are pretty hefty at Carleton: should I be required to subsidize this sort of thing?