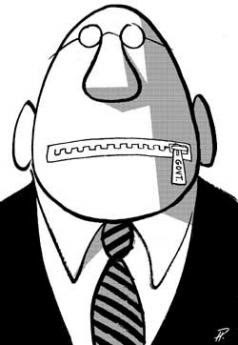 Greg Weston has a column this morning that should put to rest any illusions some may still retain as to whether the Conservative higher-ups--and by that I mean the PMO--were unaware of what they were facilitating in Khandahar.

The article is timely, even if it contains little that we didn't already know. Noting the government's incessant manoeuverings to thwart the Military Police Complaints Commission, which has been trying for eighteen months now to investigate reports of our complicity in torture, Weston reports that a large number of civilian and military officials have been overtly threatened by the Harper government:

On July 28, the federal justice department wrote to 28 high-ranking government and military officials with knowledge of the Afghan detainee file, warning that their testimony could damage their reputations and potentially put their colleagues' careers at risk.

The letter "strongly" recommended they all retain the justice department as their legal counsel.

Not surprisingly, most heeded the pointed advice -- after all, it was coming from their employer.

In fact, only one person retained his own counsel and agreed to co-operate with the commission.

That was diplomatic whistleblower Richard Colvin, formerly acting ambassador in Afghanistan, and now deputy chief of intelligence at the Canadian embassy in Washington.

And then the sting in the tail: with its hallmark mean-spiritedness, the Conservative government is taking yet another slap at Richard Colvin. As Weston points out, it advised witnesses to get themselves legal representation --but is now refusing to pay Colvin's legal costs.
_______________
*I posted last month on the impending Tory underbussing of another person of integrity, Peter Tinsley, the current head of the MPCC.
Posted by Dr.Dawg at 8:11 AM