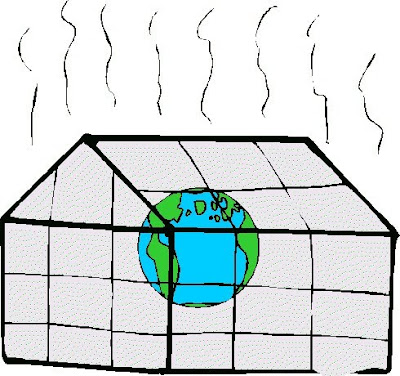 One of the usual dolts asks, "Where's Dawg?"

Here I am, after faithfully observing the 24-hour rule. Don't you wish you and your cadre of bloviating denialists had done the same?

Well, er, no. So you're reduced to empty rhetorical manoeuvres, like parsing the word "trick" for all you're worth.

In a 1999 e-mail exchange about charts showing climate patterns over the last two millenniums, Phil Jones, a longtime climate researcher at the East Anglia Climate Research Unit, said he had used a “trick” employed by another scientist, Michael Mann, to “hide the decline” in temperatures.

Dr. Mann, a professor at Pennsylvania State University, confirmed in an interview that the e-mail message was real. He said the choice of words by his colleague was poor but noted that scientists often used the word “trick” to refer to a good way to solve a problem, “and not something secret.”

At issue were sets of data, both employed in two studies. One data set showed long-term temperature effects on tree rings; the other, thermometer readings for the past 100 years.

Through the last century, tree rings and thermometers show a consistent rise in temperature until 1960, when some tree rings, for unknown reasons, no longer show that rise, while the thermometers continue to do so until the present.

Dr. Mann explained that the reliability of the tree-ring data was called into question, so they were no longer used to track temperature fluctuations. But he said dropping the use of the tree rings was never something that was hidden, and had been in the scientific literature for more than a decade. “It sounds incriminating, but when you look at what you’re talking about, there’s nothing there,” Dr. Mann said.

In addition, other independent but indirect measurements of temperature fluctuations in the studies broadly agreed with the thermometer data showing rising temperatures.

Here's what one of the denialist meemies has to say (and note the venue).

Here's what the saner folks are saying:

More interesting is what is not contained in the emails. There is no evidence of any worldwide conspiracy, no mention of George Soros nefariously funding climate research, no grand plan to ‘get rid of the MWP’, no admission that global warming is a hoax, no evidence of the falsifying of data, and no ‘marching orders’ from our socialist/communist/vegetarian overlords. The truly paranoid will put this down to the hackers also being in on the plot though.

Instead, there is a peek into how scientists actually interact and the conflicts show that the community is a far cry from the monolith that is sometimes imagined. People working constructively to improve joint publications; scientists who are friendly and agree on many of the big picture issues, disagreeing at times about details and engaging in ‘robust’ discussions; Scientists expressing frustration at the misrepresentation of their work in politicized arenas and complaining when media reports get it wrong; Scientists resenting the time they have to take out of their research to deal with over-hyped nonsense. None of this should be shocking.

Surprise, surprise. Scientists dispute, tussle with data, have a low opinion of cranks.

And this CRU hack is supposed to herald "The Death Blow to Climate Science?" It's "not a smoking gun [but] a mushroom cloud"?

Good grief, get hold of yourselves.