Now, about that birth certificate 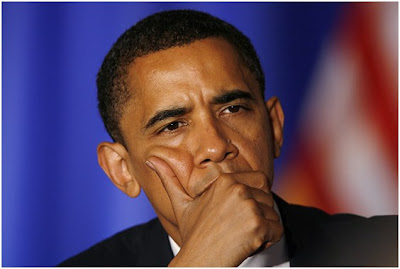 Are you paying attention, Orly Taitz? I know you're busy right now, but this ought to be right up your alley.

The Harper government has determined that Barack Obama's biography is a state secret.

In blacking out the biographies of the president and his entourage, officials cited a section of the act that allows the government to refuse records whose disclosure could be "injurious to the conduct of international affairs, the defence of Canada or any states allied or associated with Canada."

An official at the Privy Council Office, the bureaucratic arm of the Prime Minister's Office, said department officials compiled the biographies themselves to prepare the prime minister for a telephone call to Obama on Jan. 23, three days after he was inaugurated. [emphases added]

No way are Obama's Kenyan, Indonesian and Manchurian origins going to see the light of day if Harper can help it. That could seriously destablilize bilateral relations. The alien usurper's signature on treaties and defence and trade agreements would become worthless overnight.

Bravo to our government for maintaining the necessary silence. No doubt Obama is sleeping more soundly because of it.