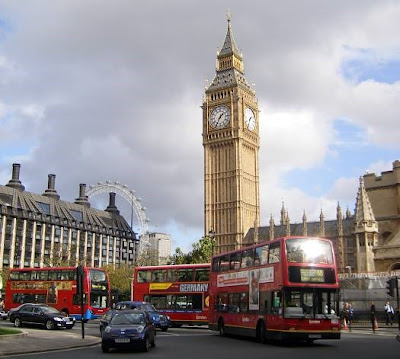 And speaking of torture, Human Rights Watch has just released a shattering new report detailing British complicity in the torture of five of its own citizens, using Pakistan as its proxy:

Human Rights Watch has no evidence of UK officials directly participating in torture. But UK complicity is clear. First, it is inconceivable that the UK government was unaware of the systematic use of torture in Pakistan. In the circumstances of the close security relationship between the two countries this would represent a significant failure of British intelligence. Reports by governments, including the United States, reports by NGOs, including Human Rights Watch, court cases in Pakistan, and media accounts put everyone on notice that torture has long been endemic in Pakistan. No one in government in Pakistan has ever challenged this in conversations with Human Rights Watch.

Second, UK officials engaged in acts that virtually required that they knew about the use of torture in specific cases. Four men-Salahuddin Amin, Zeeshan Siddiqui, Rangzieb Ahmed, and an individual who wishes to remain anonymous-have described meeting British officials while detained in Pakistan. In some cases this happened shortly after sessions in which the individuals had been tortured, when it was likely that clear and visible signs of torture were present. For example, Rangzieb Ahmed alleges that he was interrogated by British security officials shortly after three fingernails had been pulled out.

Further, UK officials supplied questions and lines of enquiry to Pakistan intelligence sources in cases in which detainees were tortured. UK officials knew that interrogations of these UK citizens were taking place and that torture was routinely used in interrogations. The UK was also putting pressure on Pakistani authorities for results. In this environment, passing questions and offering other cooperation in such cases without ensuring that the detainees were treated appropriately was an invitation to abuse.

Members of Pakistani intelligence agencies have corroborated Human Rights Watch's information from detainees that British officials were aware of specific cases of mistreatment. They have said that British officials knew that Pakistani intelligence agencies routinely tortured detained terror suspects-what Pakistani officers described to Human Rights Watch as being"processed"in the "traditional way."Officials describe being under immense pressure from the UK and the United States to "perform" in the "war on terror," and have noted "we do what we are asked to do." Pakistani intelligence sources described Salahuddin Amin, for example, as a "high pressure" case, saying that the British (and American) agents involved were "perfectly aware that we were using all means possible to extract information from him and were grateful that we were doing so."

Not only do British officials and agents appear to have been complicit in torture, but their cooperation in the unlawful conduct of the ISI has interfered with attempts to prosecute terrorist suspects in British courts. Rashid Rauf, the alleged mastermind of plans for a second 9/11 involving planes departing Heathrow airport in London, was tortured so badly that British officials quickly realized he could not be prosecuted in a British court. His guilt or innocence has never been established, and never will, since he was reportedly killed in a US drone missile strike in Pakistan in November 2008. If he was indeed guilty, the failure to bring Rauf to justice represents an enormous missed opportunity for intelligence services and the public to learn more about this terror plot.

The UK government's response has been far from decisive. Rather than investigating the alleged complicity of its intelligence services, the UK government has responded with assurances that it does not use or condone torture and by making general denials to specific allegations. It has never responded to the specific claims made by victims, their lawyers, the media, or Human Rights Watch.

The comparisons here with the case of Maher Arar and other Canadians are stark. Canadian officials, too, knew that torture was routine in Syria, but the RCMP fed questions to Arar's torturers. In the case of Omar Khadr, Canadian officials questioned him after sustained mistreatment by his US jailers. Abousfian Abdelrazik was imprisoned in Sudan twice, subjected to torture, and interrogated with the assistance, once again, of helpful Canadian officials.

In any case, the new report makes grim reading, and invokes a compelling sense of déjà vu. The UK, well before this, has been implicated in extraordinary rendition to hell-holes like Uzbekistan, where prisoners are boiled alive. The widespread use of torture by the US is by now common knowledge, and some there are calling openly for its legalization. Canada's complicity in torture in Afghanistan is now before a special parliamentary committee.

At this point one is forcibly reminded of Gandhi's response when asked about Western civilization: "I think it would be a good idea." An idea, alas, whose time has not yet come.
Posted by Dr.Dawg at 10:02 AM