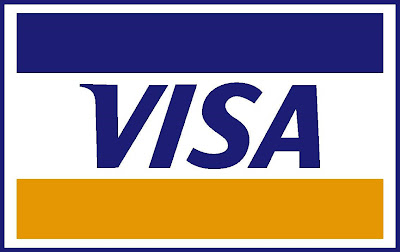 Bad enough trying to find what is effectively a last-minute flight to transport my stepson (presently at college in Whitehorse) home from the Yukon for the holidays. Aeroplan almost laughed at me, and I can't say I blame them. My tardiness was not entirely my fault, but I won't get into that.

Using my points being out of the question, I soon found an on-line seat sale outfit, flightnetwork.com. Turned out that there were at least ten seats available for the to and fro legs. Not cheap, but not outrageous either. I picked one--and the site found that there was "a problem with my credit card." I tried again--same result.

I pay my card off every month, and I have yards of room, so I figured it was just one of those on-line glitches. I phoned the flightnetwork service number, and then my adventure truly began.

A very pleasant woman answered my call. All I had to do was give her the name of the passenger, and she was right there, with all of my particulars, itinerary, everything. She tried to re-book. Error message: "flight not available." Then she proceeded through all of the ten return flights shown. None were available. Say what?

All of this took some time, with a few holds so that I could enjoy the canned music. She wasn't having much luck. Finally she put me on hold once again, for another twenty minutes or so, and came back to tell me that she had phoned Air Canada directly, and had got me the ticket at the price specified.

There was just one problem. My VISA card wasn't working.

I didn't have time to break into a cold sweat, because my other line began to ring. VISA fraud department. "We have some questions." The unceasingly pleasant woman stayed on the line while I dealt with the VISA guy.

"Your last payment," he said, "was unusual."

"But it was precisely the amount on the monthly statement," I replied.

"But it was larger than usual."

"That's because I spent more than usual." (Regular readers will understand that vet's bills largely accounted for this.)

I did pay it a little earlier than the end of the month, just to get the thing done. I asked if my bank had failed to put the amount through.

"No, the electronic transfer went through. We just haven't had the physical transfer."

He went on to say that fraudsters will sometimes place money in a cardholder's account, then purchase something like...a plane ticket, and then it turns out that the cheque is returned NSF and VISA is out the money.

But, I pointed out, this was an electronic transfer through a legitimate bank. No matter, he said. You paid more than usual. We had to ascertain that it was you who actually paid.

He was impeccably polite, more so than I, and he put through my ticket charge while we spoke--to the relief of the ticket agent on the other telephone, who issued the ticket forthwith, after one hour and forty minutes-- but I soon got tired of the game. We rang off.

So, readers, take warning: if you have a bad month and pay your VISA bill in full, Things May Happen. Remember that this isn't a suspiciously large transaction with a merchant: I appreciate the anxious calls I get from VISA when that happens. This is paying your damned VISA bill to the penny and on time.

Why would an electronic transfer from a bank, covering the exact amount of the bill, merit a red flag? Would such a transfer even be made by my bank if I had no funds to cover it?

The kid has his ticket. And I'm on my second glass of wine.
Posted by Dr.Dawg at 7:19 PM

mod files to acceptable videos by most media player including i - Phone,
i - Pod, Apple TV, PSP, Zune, Blackberry, Creative Zen, etc with no quality loss.
When the Blu-ray is loaded to Blu-ray Ripper, you can
select subtitles and audio track (English, French, German,
Spanish) for each chapter. We've already delivered our verdict as to what can be expected from the i - TV (or whatever it is called) and the Cupertino-based company will also need to navigate carefully because studios already have Hulu.

However, all of the digital products including samsung galaxy tab as well, which use memory card to store your data or files, such
as videos, images or audio files, so human operation would make data lost
on Galaxy Tab accidently. The Nexus S, however, has flash while some variants,
such as the Samsung Vibrant and Captivate, of the Samsung Galaxy
S do not. With this Samsung Galaxy Tab media dock You can convenient sync
the tablet with a computer and charge it at the same time.