The spirit of capitalism 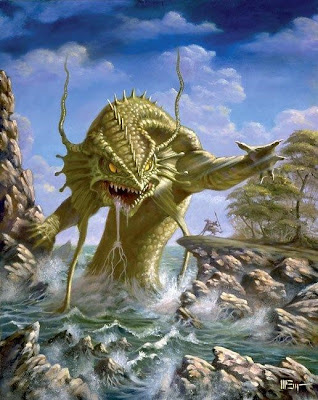 Cadillac Fairview, wholly owned by the Ontario Teachers' Pension Plan (now, there are some wheels within wheels for you), has fired every one of its unionized employees at the TD Centre in Toronto, after locking them out for a month, and replaced them with scab labour.

Here's the relevant clause in the Ontario Labour Relations Act:

Employers not to interfere with employees’ rights

(a) shall refuse to employ or to continue to employ a person, or discriminate against a person in regard to employment or any term or condition of employment because the person was or is a member of a trade union or was or is exercising any other rights under this Act;

This is black-letter law in every Canadian labour relations regime of which I am aware.

The terminated workers are long-term employees with an average of twenty years at this corporation. Some are presently on sick leave or permanent disability. Cadillac Fairview booted the lot of them out after presenting a "final offer" at the bargaining table that would have seen some employees terminated, forced others to reapply for their own jobs, and undermined union representation and bargaining rights.

This filthy rich corporation has $16 billion in assets, and made nearly $1 billion in profit in the last fiscal year. It is evidently run by hypocrites of the first water.

Let your feelings be known to the Cadillac Fairview brass. You could start with Senior Vice-President, Human Resources, Ms. Cheryl Clark.

And don't forget the kindly folks at the Ontario Teachers' Pension Plan. Here's the Board, which is in charge of the management of the organization. One name jumps out at me: Hugh Mackenzie, who was a longstanding staff member of the USWA and now runs an economic consulting business. Seems simpatico enough--why not send him a note?