The in-house blog, in basic English 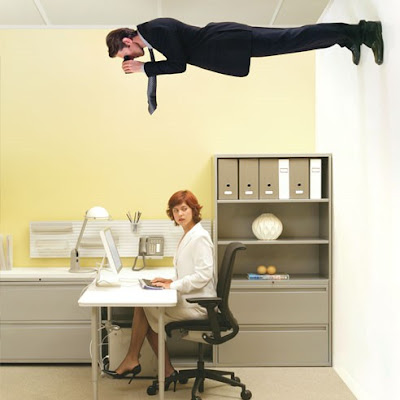 I owe my readers a sincere apology. I was wrong. Kathy English, the "public editor" of the Toronto Star, really is as ploddingly earnest as she sounded a week ago.

Today she's got another column up, on the "new media." She seems to know as much about that subject as I do about Feynman diagrams.

She begins with a long defensive whine about the drubbing she received in the blogosphere:

I learned much about "snark" and nasty blogosphere invective this week from some bloggers who disagree with my take on what Zerbisias wrote. Mean-spirited personal attack, inaccurate facts, innuendo and even speculation about the identity of my spouse was lobbed my way, much of it anonymously.

Let's be clear--as English is not--that the speculation about her spouse was not mine, but that of a commenter here who subsequently stated that he meant it as a joke. That commenter, as near as I can tell, was on English's side of things in any case.

But if "mean-spirited" is the touchstone here, we might begin with English's hit piece last Saturday, in which she blindsided Star (and star) columnist Antonia Zerbisas after apparently being prompted by the publisher, John Cruikshank, to do so. At issue, ostensibly, was a comment made by Zerbisias six days after a post on Canada Day annoyed the influential Bernie Farber, head of the Canadian Jewish Congress. (The post itself, as anyone familiar with the dreary saga knows, was the underlying casus belli: the response to her comment was a deflection.)

Zerb made an off-hand reference to the presence of Bernie Farber in the Gay Pride Parade:

Yes, Susan, imagine my surprise when I saw Bernie Farber identifying himself as queer by joining a pro-Israel gay rights group in the parade. Funny because I had never seen him in the march before. Funny because I didn't know he was gay.

Not that there's anything wrong with that.

In context, as I have already noted, this was a sarcastic reference to the motive for Farber's presence, amid a sea of Israeli flags, at an LGBT event which he had earlier criticized for becoming too "political" for permitting a group called Queers against Israeli Apartheid to attend.

But this went over English's head, hommage to Seinfeld and all, as she set to work rapping the knuckles of a colleague whose journalism, let us just say, leaves the small and the envious swimming in her wake.

Today we detect a certain amount of backpedalling on English's part. Farber's "Nobody Knows I'm Gay" T-shirt added a little more context to Zerbisias' remark, although it wasn't essential to the point she had been trying to make.

I have learned more this week about its context. My own standard of fairness thus demands reconsideration of the harsh assessment I expressed in last week's column.

Though I gave Zerbisias opportunity to comment before publication of that column, she said little to help me understand the context of this comment she posted on her Star blog about Farber's participation in the Pride parade.

So it was still Zerb's fault, in the final analysis, for not explaining things at greater length to a person with clearly limited reading comprehension.

And Bernie Farber's, too:

In complaining to the Star, neither did Farber think to tell me that he, along with dozens of others who marched with the Kulanu group, had worn a T-shirt that made its own ironic quip. That's context I sure wish I had known.

Funny, I don't see the mea culpa here for rushing into print to attack a co-worker without having ascertained the facts. That's English's responsibility, not Farber's, not the Zerb's.

And then--the vindication that Zerb had every right to:

To be fair to Zerbisias, it should be made clear, though, that she did not "make things up," as Farber interpreted it.

That's key, buried as it is in a swamp of self-justification. That accusation had gone right to the heart of Zerb's credibility as a journalist, based on misinterpretation and a less than perfect grasp of the facts. It is now withdrawn. Good.

(Let me just note, en passant, that I don't believe for a moment that Farber "interpreted" Zerb's comment in any such manner.)

But she follows this half-hearted apology with more stenography:

Toronto Star journalists simply can't engage in this hurly-burly tone of the blogosphere if it confuses readers or doesn't meet the Star's journalistic standards. As publisher John Cruickshank told several readers this week: "It creates confusion about how committed we are to the truth and gets imbued with too much seriousness because we are the Star.

"What we're discovering is that as we try to broaden our online audience beyond a subculture that writes and reads by its own set of rules, the new readers expect us to adhere to the same ethical and professional code as we do in print," he said.

It's hard to know where to start with this. I've always thought in-house blogs were a kind of chimera, precisely for the reason that this exemplifies. Blogs are indeed different from common-or-garden reportage: "hurly-burly" sums it up quite nicely. But editors and publishers are loath to relinquish control, which means that in-house bloggers are forced to look over their shoulders while we in the blogosphere proper are not.

The chilling effect here is palpable: recall that we aren't even talking about a post, but a comment thread. Ethics and professionalism, both of which Zerb wears on her sleeve, by the way, are not what this is about at all. Rather, it's precisely what an observer quoted by English says: "old media are still painfully unaware of how blogs operate." Different languages: different ways of engaging in print; different styles.

But the same ethical and professional standards, pace English, at least for those of us who take the craft seriously. On that point, when she dug around a little more, assisted by hordes of outraged commentators, bloggers and Star correspondents, she discovered that Zerb hadn't transgressed any ethical or professional codes whatsoever, and had to be content with complaining about her alleged ambiguity. That's fair comment, I suppose, but a far cry from her original assertions. So why is she even raising the question of standards, leaving the impression, despite her earlier disclaimer, that Zerb had violated them?

Worse, readers are condescended to: none of that hurly-burly stuff for us if it "confuses" us. I submit that no one in this wildly overblown affair was remotely confused. That's a dodge, plain and simple.

The old media will simply have to make up their collective mind: do they want that strange beast, the in-house blog, or not? They are now trying to have it both ways, hosting the blog-monster but leashing and caging it rather than letting it simply be what it is. Bad results are inevitable, especially when control-freaks are pacing near the cage.

This is all strikingly analogous, in fact, to what I have sometimes observed in the labour movement: we train members to be creative activists, but once we have done so we worry about what they might get up to, and start reining them in. We seek new ideas, but find them threatening as well. This isn't a knock on our movement: it's just institutional reality. And that reality, unfortunately, has taken its toll at the Toronto Star over the past few days.