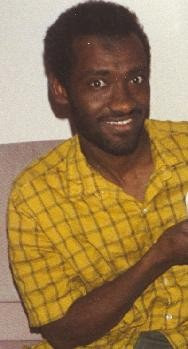 They should cut a ten million dollar cheque for Abdelrazik now and spare Canadians the additional time and expense of a commission of inquiry.
--Ti-Guy

Today two events took place at about the same time at the Federal Court of Canada: an application by Abousfian Abdelrazik's legal team to force his repatriation, and another one for Mohamed Harkat on the vexed question of security certificates.

I chose the Abdelrazik hearing and was fortunate enough to meet the Globe and Mail's Paul Koring face-to-face: a pleasant man with an encyclopedic knowledge of the case. And Hélène Buzzetti of Le Devoir, whom I encountered just a few days ago at LibCon 2009--the journo who had put me onto last week's Radio-Canada interview with the UN's Richard Barrett--was in attendance as well.

Koring and Buzzetti had matching articles today, each featuring interviews with Barrett, the coordinator of the UN's Al-Quaeda and Taliban Monitoring Team, which oversees such things as the UN no-fly list upon which Abdelrazik was placed by the US in 2006.

Out in the lobby, Koring said that he'd been trying to talk to the UN for thirteen months, with no success. But suddenly a senior UN official has made himself available for several interviews in a single week, with two clear messages: there is nothing in the relevant UN resolutions that prevents Abdelrazik from flying back. And other nations on the route needn't agree to the exemption: "The overflight states don't come into it and they haven't ever come into it," he said. As Champ put it: the current position of the Canadian government suggests that the exemption doesn't apply "unless countries are side-by-side."

In fact, the language in UN resolution 1390* is so clear about exempting citizens returning home that most governments don't even apply for UN permits. "The UN isn't going to let itself be used as a fig leaf for this government," Koring said. "Their officials knew the court dates."

Minister of Foreign Affairs Lawrence Cannon, his back to the wall, snorted and fumed in the House of Commons today. On the devastating comments from Barrett: "This does not change anything." It's a "highly complex" case, he protested, and we have "our international commitments," and anyway the issue is now before the courts, and he will wait for the court's ruling.

Well, yes, so shall we all. It's presently before federal court Justice Russel W. Zinn; and the Department of Justice legal eagles sound as desperate as Cannon. Today the complainant's team made its case, while Abdelrazik watched by videolink. Tomorrow the respondent (the government of Canada) will mount its defence of the indefensible. But it has already offered us a foretaste. Before Abdelrazik co-counsel Paul Champ was a quarter-inch into his submissions, government counsel was rising to object to raising the issue of the refusal to issue a temporary passport to allow Abdelrazik to return home.

This matter is central to the complainant's case, of course. Incredibly, government counsel claimed it was excluded under "settlement privilege," because there had been (apparently) a settlement conference late last year which none of us in the audience had heard of, and about which it would be imprudent to speculate. The conference obviously got nowhere, in any case, but the issuance of a travel document had apparently come up during the course of it. That legal ploy was, to put it mildly, a long shot, and Justice Zinn promptly ruled against it.

There had been other such moves earlier in the day. Government lawyers tried to exclude all mention of torture, which Abdelrazik claims to have suffered at the hands of the Sudanese government. He has the scars to prove it, in fact, but the Justice Department claims his wounds were self-inflicted--tribal scars, said mouthpiece Anne Turley, indicating, at the very least, a profound ignorance of both Africa and of the religion of Islam, which forbids defacing the skin.

Today consisted primarily of a recitation of the facts with which Canadians are now sadly familiar. Yavar Hameed, chief counsel, argued his case on the basis of Section 6.1 of the Charter of Rights and Freedoms: "Every citizen of Canada has the right to enter, remain in and leave Canada." The question before the court, he said, came down to Abdelrazik's dependence upon the state to do something to allow him to exercise that right, which, otherwise, remains an abstraction.

Hameed led the court through a dismal list of acts of "procrastination, evasiveness, obfuscation and general bad faith" shown by both the Conservative and predecessor Liberal governments: a litany of broken promises and endlessly moving goalposts, as officials frankly toyed with Abdelrazik, lulling him with false hope while deliberately frustrating him at every turn.

There was the promise of a private charter plane in 2004, then the Sudanese offer to fly him home later that year, the hope of returning later with then-PM Paul Martin who was on an official visit to the Sudan, and 106 Canadian Forces non-stop flights between the two countries while he was marooned there. Somehow these all became "missed opportunities."

More recently, there were the sadistic games played by the Conservative government: first promising him his travel document if he could find an airline willing to fly him; then, when he'd done that, demanding a fully paid up ticket, knowing he was destitute and relying on shadowy anti-terrorist regulations to keep others from buying it for him (a ticket was purchased anyway); and then the execrable Lawrence Cannon invoking "national security" after everything else had blown up in his face.

1) repatriation by any safe means at the government's disposal;
2) that Justice Zinn stay seized of the case until Abdelrazik is on Canadian soil; and
3) solicitor-client costs (which will be discussed after the judge gives his ruling on the application.

The government is up at 9:00am tomorrow. Stay tuned. It won't be pretty.

. I'll bookmark your website and take the feeds also? I am glad to seek out so many useful information here in the put up, we need develop extra techniques in this regard, thank you for sharing. . . . . .