Toronto's war on the poor 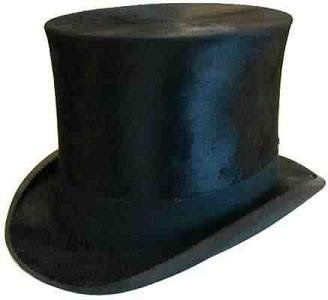 Toronto the Good, under an NDP mayor, too, is taking another poke at the poor. This time it's tickets--up to $360--for removing recyclables from blue boxes. John Clarke of the Toronto-based Ontario Coalition Against Poverty has it right: "This is simply trying to stifle any efforts that destitute people make to survive."

Issuing tickets to poor people produces a lousy ROI, but it's a well-worn harassment tactic, used, for example, against panhandlers by cops armed with the Mike Harris-era Ontario Safe Streets Act. Poverty has always been treated as a crime by the bourgeois powers-that-be: indeed Anatole France put the matter squarely in 1894:

[Another reason for pride, to be a citizen! For poor people, that amounts to supporting and maintaining the rich, in their power and their idleness. They must work for these goals under the majestic impartiality of the law, which forbids rich and poor alike from sleeping under bridges, from begging in the streets, and from stealing bread.]

I always leave bottle and beer cans out with the other plastic and glass on collection day, and on occasion a broken appliance or two as well; I can virtually count on their disappearance before the truck comes around. And so what? One way or another, my thrown-out stuff is being re-used and recycled, just the way it should be.

Robert Orpin...said the city is after "professional scavengers," not small-time collectors of cans and bottles.

"We're not going to go around and start nailing the people who take the odd beer can," he said. "We're after the guys who own the pick-up truck, the ones taking the big materials."

Orpin said the city wastes considerable resources making house calls to pick up large items like discarded fridges and stoves. By the time a truck arrives to retrieve the appliances for recycling, 40% of the time they have already been illegally removed, he said.

Hold on a moment. We were just talking about recyclables, and this is the lame response to critics? Appliances? Inconveniencing the city pick-up folks? Anyway, what does Toronto do with these "white goods?" They sell them to a contractor who recycles them. What does the informal private sector do? Refurbishes them for itself or for used appliance stores. Again, the aims of recycling are achieved, and government isn't even involved. That should please everyone, right?

But back on topic, when it comes to bottles and cans I've seen no big fish. And we all know that it's the small fry who are really the target here, don't we? Invariably the folks scouring the bins are people who, to put it charitably, do not look well-off, have no vehicles (save a motorized wheelchair in the case of one of my regulars), and are just trying to make a few bucks. They're performing a civic service that I'm too lazy to do myself, by taking bottles and beer cans promptly to the local LCBO for refunds. The aforesaid bottles and cans are then recycled, whoever takes them there.

So in the end the exact-same aim is achieved, but the poor get the money instead of me. "City property," harrumph the boneheads in the bowels of Toronto City Hall. So what becomes of that property? It simply gets recycled somewhere else.

Why is there a refund policy in the first place? Let the Ontario government explain:

Q2. What kind of impact is the deposit-return program going to make to the environment?

Returning your wine, beer and spirit containers will mean less waste will go to landfills and municipalities will have lower recycling costs. This represents a win for the environment, for municipalities and for Ontarians. The program will help divert about 25,000 to 30,000 additional tons of glass from landfills — the equivalent of about 80 million bottles. It will also free up space in Blue Boxes, giving municipal governments the opportunity to expand recycling programs.

Q3. When does the Ontario Deposit Return program come into effect?

The LCBO and wineries will begin applying a refundable deposit amount to most beverage alcohol containers starting February 5, 2007. Only containers purchased in Ontario on or after this date are eligible for a refund. The deposits apply to glass, plastic, Tetra Pak, cans and Bag-in-Box containers.

Q10. Why do we have this new system — isn’t the Blue Box working?

The Blue Box has been very successful, providing Ontario residents with an effective way to recycle a wide range of materials. However, the new program is an opportunity for an even better recycling result for LCBO and winery containers. By returning bottles to The Beer Store you will be freeing up space in the Blue Box and giving municipalities the opportunity to expand their recycling programs. Currently about 68 per cent of these containers are diverted from landfill via the Blue Box. By the new deposit return program’s fifth year in operation, the government expects that 25 to 30,000 additional tonnes — the equivalent of about 80 million bottles — will not end up in landfill.

So there you have it. The poor are helping to make the system work. And the good burghers of Toronto, morally outraged at the notion that poor folks should get something for nothing, are penalizing them for it. What a splendid example of the triumph of ideology, not only over common sense, but over the avowed aims of the government-approved recycling movement.

Last word to the Globe and Mail:

Those are the same poor people the city spends millions on each year, trying to shelter and feed them. And at nearly $30 an hour for a bylaw enforcement officer's time, how much will this harassment of the poor cost taxpayers?

Forbes magazine has just labelled the city the 10th most economically powerful in the world, with a gross domestic product in the Greater Toronto Area of $209-billion. Surely in all those billions there's room to allow bottle-scavengers some dignity and their 10 cents.