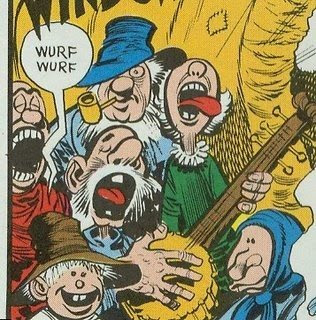 This past June I wrote about Brad Wall's transition team in Saskatchewan (see above), and its ugly political purge of the public service. In particular, I referred to Allan Walker, the veteran senior public employee who was added to the enemies list at the last moment.

In a stinging rebuke to Wall and his commissars, the Saskatchewan Public Service Commission has ordered that Walker receive full pay and benefits retroactive to his firing in January, and be offered the very next opening at his level without competition. Some of the other purged employees have settled; yet others are suing. One, Eric Green, has been reinstated in his old job.

"To arbitrarily end the careers of competent leaders without cause based on political direction sends a message to the remaining and prospective employees that a public service career is at best a matter of who you know more than what you know or what you are capable of accomplishing," said the commissioners. "When competent employees are dismissed without cause, there is no return on investment to the public, only increased cost and loss of competence and the creation of instability in the public service." [Full text of the decision here.]

The ham-fisted deputy premier, Ken Krawetz, had argued that the government should be able to dismiss employees without cause for political reasons. He was excoriated by commentator Murray Mandryk of the Saskatchewan Leader-Post in an article aptly entitled "It's time for some civil behaviour." Calling the government's actions "petty and foolish," Mandryk writes:

Krawetz [can't ] seem to grasp the simple concept that it's wrong, inefficient and stupid to fire nonpartisan career civil servants anyway. It creates an atmosphere of fear and loathing that is to his own detriment. He doesn't seem to understand there's inherent value in public servants functioning in an atmosphere in which they feel free to offer to politicians independent expertise without fear of the repercussions.

He doesn't get that a true professional career civil servant absolutely shouldn't be "sharing the political view" of the government of the day. True civil servants park their politics at home and don't bring them to the office.

Krawetz, Wall and their government don't get a lot of things, in fact. Including, we hope, re-elected.