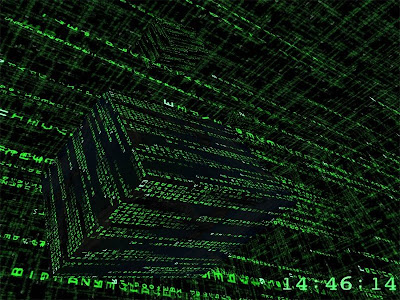 Why not just fake the whole Beijing Olympics, give the computer games to all the countries and let the audience in other countries just watch the software game on computer?

And this writer, Julia Keller, misses the point, although not by much:

Fake doesn't seem to bother us much anymore. Fake is an accepted part of life. Fake sells.

But it's not simply that our resistance has been worn down. It's that fake is real--or, more precisely, hyperreal, realer than real. Keller gets a little closer to the mark when she cites Richard Todd and his concern about "'the very feeling of unreality' that seems to be afoot in today's world, the sense that we have become hopelessly disassociated from the real, the actual." But it goes further than that. The "real, the actual" no longer suffices. It disappoints.

Yet the fake without hyperreality is just a fake. What we are really experiencing in Beijing is simulation. "Whoever fakes an illness can simply stay in bed and make everyone believe he is ill. Whoever simulates an illness produces in himself some of the symptoms," wrote the great 19th century French polymath Emile Littré, cited by his late countryman, postmodernist philosopher Jean Baudrillard.

The "deserts of the real" are inaccessible now. Welcome to the realer-than-real:

[P]resent-day simulators attempt to make the real, all of the real, coincide with their models of simulation. But...something has disappeared: the sovereign difference, between one and the other, that constituted the charm of the abstraction. Because it is difference that constitutes the poetry of the map and the charm of the territory, the magic of the concept and the charm of the real. This imaginary of representation...disappears in the simulation whose operation is nuclear and genetic, no longer at all specular or discursive. It is all of metaphysics that is lost. No more mirror of being and appearances, of the real and its concept....[I]t is genetic miniaturization that is the dimension of simulation. The real is produced from miniaturized cells, from matrices, and memory banks, models of control—and it can be reproduced an indefinite number of times from these. It no longer needs to be rational, because it no longer measures itself against either an ideal or negative instance. It is no longer anything but operational. In fact, it is no longer really the real, because no imaginary envelopes it anymore. It is a hyperreal, produced from a radiating synthesis of combinatory models in a hyperspace without atmosphere.

...It is no longer a question of imitation, nor duplication, nor even parody. It is a question of substituting the signs of the real for the real, that is to say of an operation of deterring every real process via its operational double, a programmatic, metastable, perfectly descriptive machine that offers all the signs of the real and short-circuits all its vicissitudes....A hyperreal henceforth sheltered from the imaginary, and from any distinction between the real and the imaginary, leaving room only for the orbital recurrence of models and for the simulated generation of differences. [emphasis mine --DD]

The Olympics are above all spectacle--a touring Las Vegas, with its expanding dimensions, its logos, its ceremonies, even its staged competitions--staged, that is, in the sense of on stage, whole countries on stage, whole countries claiming the "gold" medals of the victors where the gold has no value, the latter reserved for the image stamped upon it. Swimmers, runners, rowers, cyclists, are not themselves, but more images, simulacra--copies with no originals--proliferating into billions of television sets where all that emerges is fantasy.

More to the point, few are truly concerned about the slipping of China's mask, because there is no face beneath it. That was Baudrillard's explanation for the frenzy of the iconoclasts, those who cast down representations of God, not because they were imperfect representations, but because those representations, in the power and awe they evoked, suggested a fearful possibility--that they were all that there was of God.

But in the case of Beijing, we are mostly amused, not concerned. There is no longer any reality to reveal. As fake after fake is exposed, our indignation, if we have any, simply obscures the fakes beneath the fakes. The girl behind the curtain simulates patriotism, a golden throat singing the praises of the Motherland. The reified "national minorities" are simulations, and so are the "volunteers" (as opposed to whom, exactly?), and even the fireworks displays, which are, after all, a flourish, part of the vast collocation of simulations that the Olympics have become. Indeed, China's clumsy tampering draws attention away from this, much as Disneyland, for Baudrillard, hides the fact that the "reality" of Los Angeles and the United States is simulated as well--all of America, he insists, is Disneyland.

It's not that we prefer the hyperreal--that would suggest that we had a choice, or some say in the matter. We live in the symbolic order of sign exchange, where the signs no longer signify anything but themselves. There is no other world. And we are entertained.

The economy of late capitalism--that "sorcery of social relations" as Baudrillard puts it--is an economy of signs, not things, of illusions that replace other illusions in ceaseless circulation and exchange. And the present rulers of China have learned this lesson well. Through brute force and cunning they have managed to take the Middle Kingdom from Maoist communism to postmodern capitalism in one Great Leap Forward. And how pitifully easy that transition turned out to be.

H/t Daimnation and commenter Peter, who prompted this post.
Posted by Dr.Dawg at 8:10 PM

When we travel abroad, most often people disregard
the value of a travel insurance. Choosing and buying a
comprehensive travel health care policy from the right insurance firm
allows you to experience hassle free globe trotting.
Needless to say, when you do it on your own, the chances something will go wrong
greatly increase.

If you really want to get into the website design business then you should be confident enough
in your own work and design skills to ask for work directly
from a company or an individual. For a website to be liked and appreciated for its worth, it must
make sense to an average person. Learn and practice all trends in web design by attending Griffith College Web Design Course.

However, the region where the company has its mines is experiencing extremely
bad weathers and as a result, has flooded its mines.
Impartial advice and sharpness is mandatory in today's markets, so it's better to be prepared with good
online stock trading software than run the risk of losing money.
A lot of beginners looking for option trading strategies find these
spreads to be very attractive because it is easy to
quantify the risk.

My web-site; how to get a girlfriend