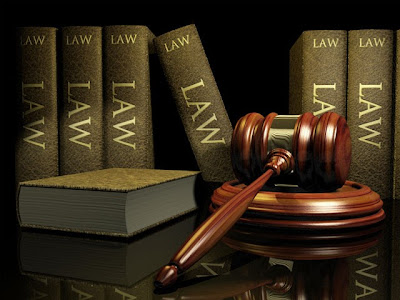 Bob Tarantino is one of those lawyer/writers whose lucid style and wit can turn a potentially dreary subject into a genuinely interesting one. (If only there were economists with similar skills.) The title doesn't really do the book justice, no pun intended: this is not a collection of bizarre "who knew" laws, although some of those are certainly included. Rather, it's a crash course in the evolution of law and jurisprudence and the complex articulation of both with politics and changing social mores. To make all that not only readable but entertaining is quite a feat, and Tarantino pulls it off.

The book, as he tells us in his introduction, is a series of chapters that can be "enjoyed on their own," although there are common themes about the law, its genesis and its application that make the book cohere. The material, certainly, is rich. We learn perhaps more than we want to about the passage of laws, the ramshackle edifices of jurisprudence that build up around them, and the ponderous, sometimes grindingly tedious and sometimes hilarious course of justice when citizens fall afoul of them.

Tarantino takes us for a good romp, then, through the thickets of our legal history. “Crime comics” was a good place to start. They’re still illegal, by the way, whatever they are. In the late 1940s, some pretty dicey stuff started coming into Canada from US publishers: pornographic, sadistic “comics” that a lot of good folks thought would corrupt our youth. An outcry led to laws against “crime comics,” the definition of which was so broad that it could even be applied to detective stories intended for adults. Dick Tracy—which I can remember being serialized in the Sunday funnies—fell under grim judicial scrutiny in 1953, with one appeal judge, asked to overturn a $5 fine, lamenting the fact that he couldn’t send the seller to jail. As late as 1987 charges were still being laid under this Criminal Code provision.

The solution to the alleged corrupting influence of “crime comics” ended up as a combination of government regulatory control and industry self-regulation, with the law sliding into the dead-letter realm. What Tarantino calls the “narrative arc” of public outcry, legislation, judicial interpretation, regulation and legal obsolescence was paralleled in many other areas—e.g., TV, film, video games and boxing.

Changing social mores helped to determine the fate of anti-dueling and anti-prizefighting legislation. Of some interest is the continued refining of the word “prizefight” vis-à-vis a boxing match. One could (and can) be convicted of prizefighting offences even when there is no prize; boxing exhibitions, however, supposedly intended to be exhibitions of manly virtue rather than mere brawls, eventually escaped the long arm of the law through the increasing reluctance of the courts to condemn the practice, although the establishment of supervisory bodies gave it regulatory respectability as well.

The vexed question of freedom of speech, some might be surprised to learn, did not begin with Human Rights Commissions. Laws against sedition were effectively used to silence opposition to the prevailing order, as in the case of the Winnipeg General Strike. With respect to the latter, Tarantino is mildly ambivalent:

There was a palpable 'Red Scare' and perhaps rightly so: we should take the leaders of the socialist movement at their word that they intended to overthrow the capitalist system and its government; basic respect for their expression of their political ideals demands no less.

But he concludes that "[I]n any event, the government reacted wilfully." And that wasn’t the only time that it did so. Sedition laws have been used against union leaders protesting police brutality, Doukhobors, Communists and Jehovah’s Witnesses (the latter two organizations were criminalized during WWII). Conservatives’ new-found concern about freedom of speech was not much in evidence in these earlier periods of our history.

But enough was finally enough. In 1951, Chief Justice Ivan Rand, well-known for his “Rand formula” compromise that restructured Canadian labour relations, ruled on the Boucher case (the appellant had been convicted of “seditious libel”):

Freedom in thought and speech and disagreement in ideas and beliefs, on every conceivable subject, are of the essence of our life. The clash of critical discussion on political, social and religious subjects has too deeply become the stuff of daily experience to suggest that mere ill-will as a product of controversy can strike down the latter with illegality.

After this, sedition law fell into desuetude, revived briefly in the aftermath of the 1970 October Crisis against former members of the FLQ, but not very successfully: there were three acquittals on sedition charges, and one conviction, against Pierre Vallières, who received a suspended sentence.

Tarantino next turns his attention to sex, making the pertinent observation that "where the law and sex connect, grave confusion and hilarity can often ensue." Indeed that is often the case, although the victims of police bathhouse raids might be forgiven for not getting the joke.

Trying to regulate sex, as it turns out, is somewhat more difficult than keeping the lid on prizefighting. One court managed to find that a parking lot was a “common bawdy-house,” although its midnight inhabitants were acquitted because they didn’t own the property. (They could, however, have been found guilty of being “inmates.”) Another court determined that some tax deductions for the expenses of running one of those bawdy-houses were indeed permissible: for example, the hiring of “men possessed of physical strength and some guile.”

The offence of bestiality has had its legal moments too. One man, accused of having sex with a golden retriever, was able to show that he had not completed the act. He was found guilty of attempted bestiality, however, because, as the learned judge put it, he had gone “beyond mere preparation." His novel attempt to argue a same-sex defence—the dog was male, but bestiality, he claimed, only applied to an animal of the opposite sex)—was unsuccessful. (Usually the joke goes the other way: “Was the dog male or female?” “Why, female, of course: there's nothing wrong with Mr. ---.”)

Tarantino reviews laws governing full and partial nudity and so-called “public indecency" (if you want to be naked at a Gay Pride parade, he advises, wear shoes). The question of “harm” rather than outraged morals has come to the fore in more recent times. No harm, no foul: female toplessness became legal in Ontario, and a swingers’ club in Montreal was effectively legalized by a Supreme Court decision in 2005 . Incidentally, if this book goes into further editions, Tarantino might want to rethink this sentence: “[Charges would be unlikely to succeed] when the nudity has occurred in the midst of hundreds of scantily clad parade participants (often including the mayor and chief of police) being cheered on by thousands of happy audience members.”

Moving to the arcane and the ridiculous, fortune-telling for money is still illegal unless you can prove that you really have the powers required; advertising Viagra is technically against the law; waterskiing at night is a criminal offence (although suicide is not); canoeing while drunk can cost you your driver’s licence; and Canadian law extends to the commission of crimes aboard an international space station.

But on matters of race and religion, things get somewhat more serious. To be blunt, we have an appalling history in both areas, as Tarantino amply documents. We forbade Aboriginals to dance. We made it illegal for Chinese businesses to hire white women (and so it remained until 1968 in BC and 1969 in Saskatchewan). We denied Black people the right to sit where they wanted in movie theatres. And challenges to the status quo met determined legislative and judicial resistance.

When it came to less established religions, we had just as dismal a record. Jehovah’s Witnesses were a favourite target. From refusing them conscientious objector status during WWI, the government moved to ban them outright during WWII, and, for good measure, put their children in foster homes for refusing to sing God Save the King at school. But out of this persecution, which reached its zenith under the clerical-fascist Premier of Quebec, Maurice Duplessis, Tarantino suggests that the struggle for codified rights was born. The reaction to this government-sponsored bigotry led first to John Diefenbaker’s Bill of Rights (he had been a fierce defender of the Jehovah’s Witnesses) and ultimately, it could be argued, to the Charter of Rights and Freedoms, although Tarantino is cautious about assigning direct historical causality.

At this point the book seems to stagger to the end. Tarantino addresses the realm of civil law, with a brief foray into murder and suicide, but gives us little more than a collection of (interesting) anecdotes. A judge tried to settle an internal business dispute by having the contending parties use a buzzer, as in a game show—this was overturned on appeal. In 2006, as readers might remember, a disputed contract between Rogers Communications and Aliant turned upon a single comma, a piece of punctuation that cost Rogers $2.1 million. The courts held that politicians were not required to keep their election promises. A judge ruled that it is not defamatory to call someone a “son of a bitch,” but it is if you call someone a “sick son of a bitch.”

Tarantino makes a strong case that intellectual property law in Canada is a serious infringement of the right of free expression. One cannot use trademarks even for parodic purposes without being at the wrong end of the law. But that doesn’t mean that a balance should not be struck somewhere. He managed to persuade me that the Canadian Legion was not simply being pig-headed, for example, when it went after Bourque’s Newswatch in 2005 for posting an image of the Remembrance Day poppy.

All in all, this is a book well worth the read. I find myself wishing, however, that Tarantino had developed his progressive view of the social construction of law a little more—at least by writing a concluding chapter that pulled all the threads together. In any case, he explores, with elegance and humour and a wide range of reference, the shifting terrain upon which law is erected, partially dismantled, rebuilt and then rebuilt again, allowed to drift into ruin, repealed or struck down. And perhaps it is just as well, on reflection, that the many possible conclusions to be drawn from this fascinating survey are left to the reader-citizen.
Posted by Dr.Dawg at 5:56 PM