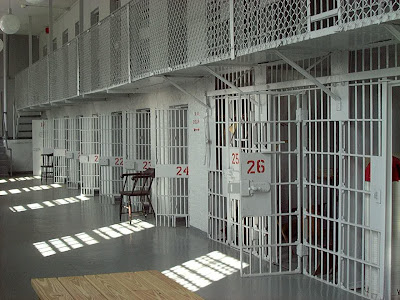 Demonstrating their utter contempt for democracy, Harper's Cons are continuing to play fast and loose with Parliament by impeding the work of an official Parliamentary Committee. For most law-abiding Canadians, I suspect, a line has been crossed.

When the House reconvenes next month, it's Speaker's Warrant time--yet again. Drag these thuggish operatives before the Committee in shackles, if need be. If they're uncooperative, incarcerate them. (There is a precedent: the R.C. Miller case in 1913.) And if Stéphane Dion can bring himself to force an election at last, it'll be curtains for the CPC yobs now pulling their strings.

UPDATE: Good grief, the sheer crust of the autocrat running this government still has power to amaze:

Prime Minister Stephen Harper hinted strongly Thursday that he may do something to trigger an election because Parliament is not functioning anymore.

Speaking in Newfoundland and Labrador, Harper said Parliament is becoming increasingly dysfunctional, laying most of the blame on Liberal Leader Stéphane Dion and his party.

"Quite frankly, I’m going to have to make a judgment in the next little while as to whether or not this Parliament can function productively," Harper said, without elaborating on his plans.

He said legislation is being stalled in the Liberal-dominated Senate and obstructed in the House of Commons "principally by Mr. Dion."

Harper added that the committee system is "increasingly in chaos."