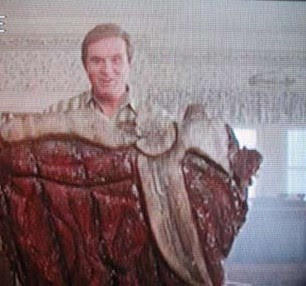 1) Morality is socially constructed. Where else does it come from? That doesn't make me a moral relativist. My morality--mores--do(es) not permit me to adopt such a position. But that doesn't mean morality isn't contingent. The best one can do in a discussion of morals is a) attempt to uncover inconsistencies in the expression of one's moral assumptions, or b) have recourse to "moral intuition" and the like--Margo Somerville's black box ("the yuck factor"), or c) ground your morality in the absolute authority of God or DNA.

2) You haven't explained anything, just repeated that Salatin thinks that it's OK to be cruel to animals. I keep asking you for a source for this and you keep ducking and weaving. He doesn't believe animals have souls. I might agree with that. But neither of us is cruel to animals. I might suggest it is precisely because we believe that animals can feel and be aware (if not necessarily "think").

The debate here, if such it can be called, was originally whether such enterprises as Salatin's might capture some of the market for those of us who dislike causing animals to suffer. It was not about 1) locavorism; 2) Salatin's politics; or 3) moral relativism. But you studiously continue to fling these red herrings and avoid several points that I have already made, merely arguing from (your own) authority, which you also manage to avoid deploying.

Not your finest hour, if I may say so. If you want a debate, debate.

"As Pollan writes, ``When I was at the farm I asked Joel how he could bring himself to kill a chicken. `That's an easy one. People have a soul, animals don't; it's a bedrock belief of mine. Animals are not created in God's image. So when they die, they just die''' (2008: 331)."

Good grief, you're slippery. What does this passage remotely have to do with thinking and feeling? All Salatin is talking about is (humane) killing.