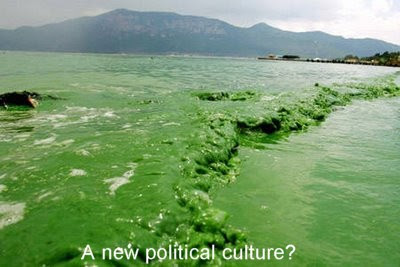 In today's Globe and Mail, veteran Liberal commentator Jeffrey Simpson advocates a leaders' debate in which on-air exposure would be calibrated to party votes during the previous election.

In the last election, the NDP won 18.18% of the popular vote, but (thanks to our antique and undemocratic first-past-the-post system), only 12% of the available seats--37. Oddly enough, Simpson is a proponent of proportional representation, which makes his seat criterion more than a little suspect.

We obviously have rather different notions of democracy. I favour giving the electors exposure to the widest possible range of ideas. But Simpson's notion of that marketplace resembles the range of goods available to consumers in state-run stores during the Soviet era. Only serious contenders for the Prime Ministership, he avers, deserve the right to a full debate on national television:

Simpson was not always of this view, as he admits. He had problems with the format last time, as most of us did, I think:

Most people panned [the debates] as shoutfests. Three or four opposition leaders ganged up on whoever was prime minister. No adequate time was allowed for an exploration of issues.

Last time, the networks made matters worse by listening to those voices (including mine) who wrongly insisted that the leader of the Green Party be included, bringing the total around the table to five.

But from this he draws a grossly undemocratic conclusion. Rather than fix the format, he says, just exclude the NDP and the BQ from the English debates, and the NDP from the French one.

I might be moved to call Simpson a dinosaur, but I would be wrong. If we really want a parallel with natural history, we need to go much further back in time. Think of mutations, which drove evolution, as new ideas. Without these mutations springing up to propel a single-celled organism into full humanity, we'd still be a smear of blue-green alga on a rock.

Turnout in the last election was a dismal 59.1%. In other words, nearly 40% of the electorate took itself out of the democratic process. First-past-the post is partly responsible--why take the trouble to cast a ballot that may not be counted?--but other factors are clearly at work as well, the most important of them being that a growing number of voters are finding the whole process of choosing representatives irrelevant.

The solution to this is not to restrict even further the range of opinion available to voters for review. Our political culture scarcely needs more impoverishment than it already has. To propose the silencing of a party that nearly one in five Canadians voted for in the last election is, even for a wily old Liberal sympathizer, an amazing display of chutzpah. Count me as one of those silly marginal folks who still hold democratic values: "equality, equality, equality," please--at least, as long as it remains available.
Posted by Dr.Dawg at 12:01 PM

It's amazing to pay a visit this site and reading the views of all friends regarding this paragraph, while I am also keen of getting familiarity.

Take a look at my web page Tory Burch Outlet

Hi there colleagues, fastidious paragraph and nice urging commented at this place, I am truly
enjoying by these.

May I simply say what a comfort to uncover someone that actually understands what they're discussing over the internet. You actually know how to bring an issue to light and make it important. More people must read this and understand this side of your story. I was surprised you're not more popular since you definitely have the gift.

bookmarked!!, I love your web site!

Very nice post. I just stumbled upon your weblog and wished to
say that I've really enjoyed browsing your blog posts. In any case I will be subscribing to your feed and I hope you write again soon!