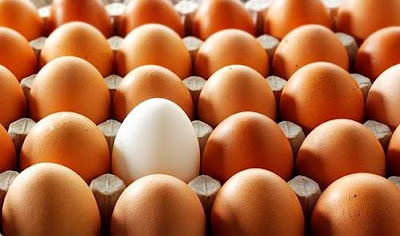 A white South African has been granted refugee status in Canada on the grounds of racial persecution.

This one is all over the news by now, but I first learned of it during a drone flight high above the pocked and blasted wasteland that is Kathy Shaidle territory. Her source--she eschews the "MSM"--is a Stormfront clone site called South Africa Sucks, run by unreconstructed apartheid-nostalgic Boers and their pals crying in their beer about teh Kaffirs.

The Immigration Review Board--that largely unaccountable patronage dumping ground that now includes at least one anti-gay nutbar--is better known for sending non-Aryans to face persecution, torture and death. The IRB recently ordered the deportation to Burma, for example, of a young military deserter: Burma is run by the military and is one of the worst human-rights-abusing countries in the world. To put this in perspective, the young man had to be rescued from his grim fate by the last minute intervention of Ministers Jason Kenney and Peter Van Loan, neither of them known to suffer from a surfeit of human compassion.

The South African media aren't too impressed. This persecuted minority, after all, enjoys a per capita income eight times that of Blacks, and has somehow managed to hold onto 61% of the top executive positions in the companies on the Johannesburg Stock Exchange. The ANC and at least one South African government official are more blunt, calling this satire-prone decision racist.

Of course it is. Listen to the IRB panel chair, William Davis, and then judge for yourself: "I find that the claimant would stand out like a 'sore thumb' due to his colour in any part of the country."

Meanwhile, back on the veldt:

In January, Johan Nel, 18, took an ageing .303 BSA bolt-action rifle and more than 100 rounds on ammunition to Skierlik, a squatter camp near his home Swartruggens, in North-West province.

He went on a rampage that saw him murder four people, including Anna Moiphitlhi, 31, and her three-month-old daughter Elizabeth, Enoch Motshelanoka, 10, and Sivuyile Peyi, 36. Another 11 people were injured.

In any case, the precedent is set. The South Africa Sucks crowd--and up to five million more sore thumbs--could be heading to Canada any day now to establish a white homeland. Look out, folks--here come the Yacht People.

UPDATE: Here is the "refugee"'s lawyer at the IRB hearing:

"The judgment was a direct criticism of the SA Government,” [Russell] Kaplan said. He said Affirmative Action and Black Economic Empowerment were two of the aspects that were taken into account in considering Huntley’s application for refugee status in Canada. “These legislated policies, even though there is an explanation for them, are discriminatory." [emphasis added]

Whoops. Best be moving on, I reckon.

UPPERDATE: (September 4) The adjudicator's decision is being appealed. (Smart move.) And the Usual Suspects, who normally despise Canada's refugee claims process for being too lax, and demand tough restrictions on immigration, are suddenly all upset. Now, why do you suppose that would be?