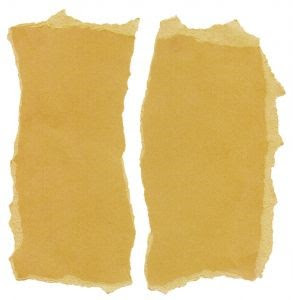 Palin-Biden? Or the Canadian leaders debate?

The Globe and Mail's John Doyle is ambivalent: watch the Canadian debate, he says, even though "[t]his election campaign is essentially over...[a]nd Stephen Harper has won it." If that's the case, who cares?

Besides, my dark side is demanding that I watch Sarah Palin being eaten alive. I would have been one of those Romans utterly offended by the offerings at the Colosseum, while paying my X denarii every Friday for a decent seat.

It's not that the serious side of the Canadian political campaign has escaped me--the thought of a Harper majority is making me consider seeking political asylum at the Cuban Embassy--but there is a vertiginous air of unreality surrounding the current contest, making me wonder what we're all breathing or ingesting.

Candidate after candidate has been dropped. There have been monumental gaffes by seasoned professionals. There were unseemly efforts to stifle debate. The CBC, an institution I have long defended and even loved, has been simply pissing itself with fear, searching desperately for an audience it will never find by trying to be what it's not, even sacrificing one of its own columnists to the Emperor as an act of propitiation. It behaved with ham-handed unfairness after last night's leaders gab-fest: Himself did not approve, we recall, of Elizabeth May's inclusion.

And then the debate about that debate, now supersaturating the blogosphere and the media. I watched the first debate with my co-blogger. I was struck by how good Layton's French was. I was amazed at Dion's performance, which, after a somewhat rocky start, showed us a person at ease, fast on his feet, with a thorough grasp of the issues, and the ability to connect.

Who'd a thunk it? The man was every inch a leader. What have we all been talking about? A gangling, uncertain, aloof caricature disappeared in a puff of smoke. Harper, on the other hand, was like the Pillsbury Doughboy, except that he didn't giggle when poked. His French was formal, tutored stuff, as were his talking points.

The only reason I might have for watching the Canadian debate tonight is to see whether last night was "real," or whether Dion will revert to the caricature. Whether Elizabeth May's English is as good as her French. Whether Jack Layton will come across as genuine again. Perhaps someone will ask him about proportional representation. He's probably in favour. Does it matter? Maybe Harper will play the piano before things get started.

The issues? What issues? This election is about sweaters, leadership, the two kinds of strong, men with matching grey hair and blue ties, and a female arriviste. There is a post-modern instability to all this, a continual shifting of meaning, a de-centring. Or maybe I'm just a little hung over.

And then this morning we had a revelation: the teeth-grinding "40% is majority territory" mantra (meaning that 60% of us just have to grin and bear it under our "first-past-the-post" system) is all the NDP's fault. Yup, the folks who have been pushing proportional representation for years had it in their grasp in 1980 under Ed Broadbent, and they turned it down. Because the caucus thought they'd lose their seats! [H/t Chrystal Ocean]

And with that, something snapped. I had an epiphany (or maybe just a sudden headache). It doesn't matter what the leaders say, what they promise, how they behave, what their body language tells us. None of it has any connection to what will eventually happen, or what has happened in the past. It's an interminable play presented to a passive audience of voters, none of whom will make a dime's worth of difference in what goes on after they leave the theatre. Many will watch the post-gab punditry, or read the reviews the next day, to find out what they saw and heard.

I think it's probably Palin-Biden for me, but I'll keep the channel changer in hand. Popcorn, anyone? It's better than what we're being fed, with our eyes wide shut.

The newspapers help readers to get the hottest updated and happenings around
the world. It familiarizes us with the world and people who are making history.
Several news reports, writers, and analysts play a crucial role in
the development of global news undoubtedly. For documentation purposes and additional interest,
be sure to include the banner including the name of the news publication, as well as the
date section. Even though they are made of metal, they are smaller in size, able to fit on counters
or end displays.

Of course, the dictatorship in Egypt is far different than what the vast majority
of Americans face. When Muslims and Christians weren't in good terms, Christian monks believe to have escaped the persecution and found a shelter within the walls of the persecuted tombs and temples of ancient Egypt, but ironically, those monks have ripped many of the reliefs on those tombs because they distracted them from practicing their religion, not to mention that the reliefs represented "fake" religion that they didn't want to be associated with.
To publicize her thoughts in America, El Saadawi examines how each media institution is funded
and whose interests are represented before she agrees to an interview.
Assuming there is a God and assuming that the Bible is God's word and an historical record of His activities (and you won't hear anything to the contrary in church and from other formal Christian religious organisations)
then the standard hype you hear, the standard image projected of God (and son) tends to be 'warm and fuzzy'.
Studies about Egyptians lend itself to activities such as mummy-making,hieroglyphics tablets or Egyptian jewelry.


Take a look at my webpage: egyptian newspapers

This could cause them to grow less, flower less, and maybe even die.
Owning a regular lawn mower does not mean you have to give up on mulching your yard; you just have to be willing to do some work.
When ordering mulch, find out what the delivery cost is and compare it between companies before ordering.

Pilots complete flights for their airline, using their simulator,
either online (using a network such as Sim - Miles) or offline, and then file a pilot report.
All of these issues add to the interest that can be produced about a site
and this works for spots in this place and
any place in the world. In terms of sheer enjoyment,
the Rollercoaster Tycoon series leads the pack. There were a few problems with setting the game up, but once
we went through the manuals, these were mostly explained.
If youre a flight sim enthusiast, the you must try the king of flight simulator games.