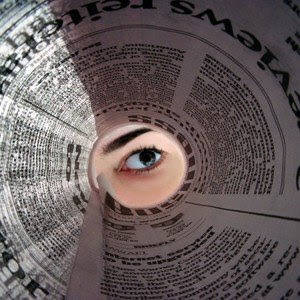 As we know, the names of the four RCMP officers who killed Robert Dziekanski, and who remained on active duty afterwards, have never been made public. They were captured on film, exposing an RCMP spokesperson's lies about what had happened.

The officers Tasered an unarmed man who was backing away from them, then piled on top of him, then just stood around after the man's heart stopped. No medical help arrived for twelve minutes. When it finally did, the officers refused to take their handcuffs off the dead man.

No charges have yet been laid. The RCMP, as it turns out, has been delaying the official Braidwood inquiry into Dziekanski's killing. Condolences from officialdom to Dziekanski's mother proved to be crocodile tears. She is presently beside herself.

[T]he material received from RCMP investigators was deemed incomplete, with a required report on the use of deadly force missing.

The inquiry now has been put off until Jan. 19.

"To fulfil its mandate in the most ideal way, the commission needs the cooperation of the RCMP, including access to the Dziekanski case files," explained Art Vertlieb, commission counsel. "But that's unlikely to happen until a decision is made on charges."

This is another arrogant response from the RCMP, which has behaved badly throughout this tragedy.

The force initially misled the public about what happened, tried to suppress a videotape of the incident shot by a witness and now RCMP investigators have taken more than a year to provide Crown with the material needed to decide whether any or all of the four officers involved should be charged with Dziekanski's death.

As noted, the public still does not know the identity of the officers involved. But it now appears that the Globe and Mail has been holding back on us. One of the men has now been charged with impaired driving after a motorcyclist was killed in a fatal collision this past weekend. The Globe reporter, Ian Bailey, is clear: the person charged was one of the four officers involved in the Dziekanski death. Comments on the on-line article were disabled from the get-go.

If Bailey knew this, that strongly suggests that the identities of all four must be known. In their wisdom, have Globe editors been withholding this information from the public? Whatever became of the public's right to know?

If anyone has the names, drop me a line.

Kudos to the Vancouver Sun for finally naming the RCMP officer who was involved in both the ill-fated takedown of Robert Dziekanski at Vancouver Airport and, allegedly, the death of a 21-year-old motorcyclist in Delta on Saturday night. He is, by the Sun’s reckoning, Cpl. Benjamin Monty Robinson. I take no pleasure in repeating his name here. He might be innocent of all wrongdoing, and he’s entitled to all the due process he can eat. But he is not entitled to a red serge cloak of anonymity that the rest of us aren’t when we make a mess and the relevant authorities investigate us. That’s just one of many rules the RCMP made up for themselves.

And which too many of our media seem quite willing to follow.

Cpl. Robinson, as it turns out, was the supervisor of the other Mounties during the Dziekanski killing. According to a police psychologist, Mike Webster, Robinson is a victim too: "Not only is he worrying about the Dziekanski incident. Now he is worried about the outcome of this incident. It is the last thing he needed to have happen."

The man sounds like a real prize. After striking the motorcyclist, according to a witness, he did not bother to go check on the man he had hit. Instead he handed his licence to a bystander and walked off--with his two kids who had been in his car.

It would appear that an alibi is already being prepared for him. Here is his collegial fellow officer Paul Eisenzimmer:

Delta Const. Paul Eisenzimmer said that, in general, anyone who leaves the scene could be charged under the Criminal Code.

"But if someone leaves their identification and then leaves the scene the issue is why leave and what have they done in the interim -- have they gone and drank some more?"

I am not alone, I suspect, in reading between the lines here.