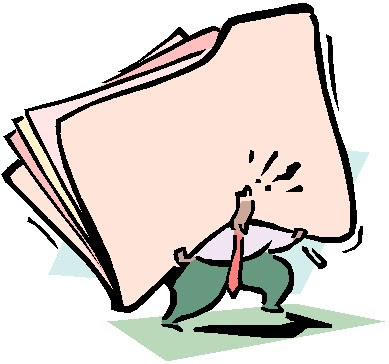 There is clear evidence at this point that the Conservative government has colluded with witnesses before the parliamentary committee looking at allegations of torture in Afghanistan, by furnishing them with crucial documents that it continues to withhold from the committee.

These documents include the numerous emails that Richard Colvin sent in 2006, warning any senior military or political official who cared to listen that Afghan detainees were being tortured. None did care, as it turned out, and the emails have now been conveniently classified--or, alternatively, they are "in translation."

The release of these emails is now a matter of prime concern. They could well reveal--in fact, I'm going to go out on a limb here and say that they are very likely to reveal--that, by transferring Afghan prisoners when there was a reasonable apprehension that they would be tortured, Canadian authorities committed a war crime.

It's either that, or Richard Colvin is a liar. True to form, the government is not permitting him to defend himself.

But Canadians are quickly getting the message. A new poll reveals that a pitiful 10% now believe the federal government line: five times as many believe Colvin.

The increasingly sleazy Peter MacKay is in this new scandal up to his neck, and he can't smirk his way out of it forever. Even seasoned mainstream journalists are appalled. Don Martin succinctly makes the point that needs to be made:

If Mr. Colvin's correspondence reached high into government circles and warned of detainee torture a full year before the transfers were stopped, the Conservatives have a serious problem that could qualify as a war crime.

But if Mr. Colvin's torture warning was never delivered, the government could be in the clear.

Release them, leak them, accidentally leave them on a street corner, but somebody should get those emails out so the truth can set the Conservatives free -- or into deep trouble.

The committee is stalled until the documents are released. Kady O'Malley nailed it yesterday when she referred to an "increasingly reverse-Kafkaesque scenario": this time K has lawyers and all the information, while his nameless inquisitors have no idea what to ask him.

My MP and friend Paul Dewar was quick off the mark with a motion of breach of parliamentary privilege, which passed quickly. As O'Malley pointed out, that means the matter of the Colvin memos is now before the whole House.

Theoretically at least--but will the committee have the stones to push this matter to a proper conclusion?

UPDATE: Apparently I needn't have doubted the committee's resolve. From Kady O'Malley:

Today -- or possibly Monday morning, depending on his availability -- the Speaker will hear a broader, potentially more serious claim from members of the Afghanistan committee, which passed the following motion yesterday afternoon:

That, the committee report to the House that it believes a serious breach of privilege has occurred and members' rights have been violated, that the Government of Canada, particularly the Department of Justice and the Department of Foreign Affairs and International Trade, have intimidated a witness of this committee, and obstructed and interfered with the committee's work and with the papers requested by this committee. Therefore this committee reports the breach to the House so that it can consider the matter.

Although there's no way to predict what will happen once the House is seized of the matter, it's probably safe to say that even the initial debate over whether a breach has occurred will be worth watching, so keep an eye on CPAC during routine business, and if you see committee chair Rick Casson stand up, take the TV off mute. (Or just watch this space, since I'll be doing just that, and will keep y'all posted.)