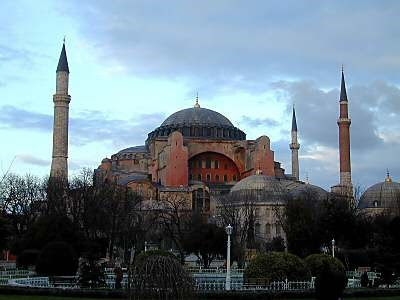 Anyone with lingering doubts that the signifier "Muslim" has become a stand-in for "race," not religion, hasn't been paying attention lately.

The capture of a would-be plane bomber on Christmas Day has had its predictable consequences: even tighter security precautions, endless line-ups, abandonment of passengers by Air Canada--the usual. And, inevitably, a slobber of hatred has broken forth on-line, as the young jihadist recovers in hospital after setting fire to his underwear.

Here's a blogging award-winner, suggesting "a few minutes of combustive companionship in a two-seater" for another blogger who dared call for a "rational and measured" response to the botched bombing. (As it happens, I knew two people who died screaming in a burning two-seater, so perhaps I'm overreacting. It was just a joke, right?)

And then start the deportation process.

And here's one blogger who wants to get right down to the serious business of Endlösung:

Terrorism could actually be solved in one easy step, that should go something like this:

* every time Muslims attack an embassy, an airliner, a hotel, or any other Western target, a prominent mosque somewhere will be demolished.

* one such mosque will be leveled to the ground for every 100 people killed in any terrorist attack by a Muslim; since there were close to 300 people aboard the Northwest flight, if the Muslim terrorist aboard had been successful in his plot, that would have been 3 mosques somewhere in the world that would have been burned to the ground in retaliation.

* mosques in shopping centers or in the suburbs aren’t high-profile enough: we’re talking these lunatics’ most holy, sacred sites…leading all the way up to the Dome of the Rock, Haggia Sophia,* and all the sites in Mecca and Medina ultimately, if these people don’t get the message and stop hitting Western targets.

We want the West to fight back. If governments won’t do this, then the marketplace demands an answer to Al Queda in the form of a new Knights Templar, or something of that sort.

The lunatic ... doesn't concern himself at all with logic; he works by short circuits. For him, everything proves everything else. The lunatic is all idée fixe, and whatever he comes across confirms his lunacy. You can tell him by the liberties he takes with common sense, by his flashes of inspiration, and by the fact that sooner or later he brings up the Templars.

Now, no one should really be surprised by this kind of reaction. Our tendency, when threatened, is to categorize and generalize. It's an evolutionary imperative, in fact: bitten by one lion, we are cautious about approaching others. We learn to hate and fear that which causes us harm, and we invent corresponding categories. The problem is, though, that the categories are too often vague and easily manipulated.

We are not under attack by "the Muslims." We are under threat by a handful of terrorists who embrace an extreme form of Islam, and that threat is very real. Our response, however, has been bizarre. Mostly Saudi Wahhabists destroyed the Twin Towers: so the West lurched off to Afghanistan. Then came the forcible removal of an admittedly brutal and corrupt, but entirely secular, regime in Iraq. Now Iran is on the menu, and possibly Pakistan.

Here at home, we passed badly-drafted anti-terrorist legislation, and exiled fellow-citizens, while our neighbours to the south thickened their northern borders, adopted torture as a standard interrogation technique, and even tried to abolish habeas corpus.

Reflexively, we lashed out in all directions. There has been nothing less than general institutional panic, and sown by so few. As much as it has become a cliché in certain quarters, the terrorists have won, at least in the short and medium terms. We were, and are, decidedly terrorized.

We're in danger, in fact, of pulling apart the fabric of our own society all by ourselves, becoming "rigid, obsessive, compulsive, ritualistic and paranoid... 'filled with ancestral memories'...repeating the same behaviours over and over again, never learning from past mistakes."

If we're going to win against the atavistic, ossified, early-mediaeval mindset that defines what we're up against, we have to fight smart, not become what we're fighting. That means standing up for our society, not dividing it by screeching for scapegoats. It means being strategic, not turning on ourselves in blind fear with knee-jerk legislation, official heavy-handedness and the seething anger of a lynch-mob.

So, at the risk of being counselled to take a ride in a burning airplane, I would second my fellow-blogger's suggestion that we use our collective ability to think and reflect instead of giving in to reptilian brain-spasms. It's called civilization, and it's what we're supposed to be defending. Isn't it? Aren't we?

[H/t and bow to Balbulican]