The lamps are going out 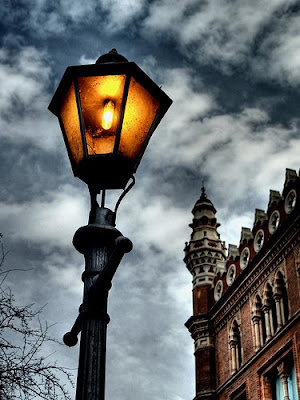 In the Excited States of America, when the elected President of the country wants to speak to schoolkids about the importance of hard work and staying in school, this is nothing less than a "cult of personality," according to the idiotic Mark Steyn. Other conservatives are equally foamy, or even worse: the redoubtable Michael Savage, for example, likens the presidential initiative to establishing a Hitler Youth.

Talk of "brainwashing" is everywhere--this cleansing action allegedly to take place in a mere twenty minutes or so, unlike the lengthy, far less efficient efforts of the Chinese during the Korean War. In there anything that this Kenyan president can't do?

Nothing was recorded by these kooks, of course, when George Herbert Bush addressed schoolchildren back in the good old days when the whi' folks were securely in charge. In fact Savage, for one, seems blissfully unaware of it, although some Democrats at the time fussed about the costs involved.

We are not supposed to voice these fears, but given the outright madness that is sweeping the US today--as exhibited by assorted conspirazoids, anti-evolutionists, Rapture freaks, racists, foetushizers, gun nuts and, of course, loony-right talk-show hosts urging on the homicidal mobs--it will be very, very fortunate indeed if Obama avoids some "patriot's" cross-hairs during his presidency.

Meanwhile, in Iran, the supreme leader speaks out:

Ayatollah Khamenei said this week that the study of social sciences “promotes doubts and uncertainty.” He urged “ardent defenders of Islam” to review the human sciences that are taught in Iran’s universities and that he said “promote secularism,” according to Iranian news services.

Sounds like a case of steadily converging interests to me. Is a new Axis of Evil in the making?
Posted by Dr.Dawg at 8:08 PM