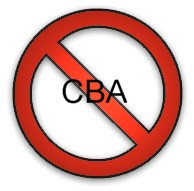 Misogyny runs deep in certain progressives. Once again, feminism is lumped in with GBLT issues, as though only "those people" could be interested in gender equality. Way to stereotype and actively discriminate. We know feminists are all lesbians, right?

Some well-wishers nominated me for an award last year. I believe I even won something, but declined it. Please don't waste your time nominating me again, and I mean that with the greatest respect.

Brothers (especially), let's do our part. No self-respecting progressive man can be anti-feminist. Send a message to the boyz running this show and take yourselves out of the swamp.

Put up a blogpost and be counted.


UPDATE: CBA has, in the blink of an eye, changed the wording of its GBLT category to restrict it to, well, GBLT bloggers, and placed feminism in the "Best Political Blog" category. That's better, but it's still a cop-out. Here's CBA's over-all explanation--decide for yourselves:

Another change that those of us that are more politically active have probably noticed is: where are the best conservative, progressive, Non-partisan, and feminist blogs?

They have been removed. The only political category that there is now is the best political blog category itself. Why have we decided to take this step?

The main reason is that we have noticed that some political bloggers from different sides of the political spectrum have not treated the Canadian Blog Awards as a coming together and friendly competition of the Canadian blogosphere, but as an all-out war in which anything that is seen as, well, “serving the other side”, if you will, must be fought by trolling, subverting the nominations process, and negative campaigns. After a few years of trying to come up with a balance fair to all sides of the political spectrum, we have decided that the only fair action is the removal of most of the political categories themselves.

Rather than merely add the category "feminist?" Whatever you say.

This is a message for the webmaster/admin here at drdawgsblawg.blogspot.com.

Can I use part of the information from your blog post right above if I provide a link back to your website?

Cool blog! Is your theme custom made or did you download it from somewhere?
A theme like yours with a few simple adjustements
would really make my blog jump out. Please let me know where you got your
design. Cheers

Here is my webpage: plytki ceramiczne