Under the North Star 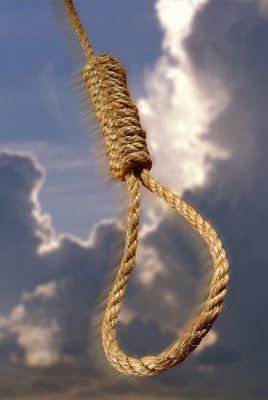 I was going to let Stephen Harper's sleazy backdoor approach to capital punishment go--much good stuff has already been written about it, and I could add little more than a "me-too." But then this nonsense appeared in my daily newspaper, the Ottawa Citizen. I quote it in its entirety:

I think that it is important to set the record straight for your readers regarding a recent story which highlighted comments from former Supreme Court Justice Louise Arbour.

There is no death penalty in Canada — nor is there any attempt at all to change that policy.

We are not, however, going to actively seek to bring murderers back to Canada after they have been convicted in a democratic country and sentenced under the rule of law. To do so would send the wrong message to Canadians, who want safe streets and expect their government to crack down on crime.

People should be held responsible for their crimes in other democratic jurisdictions, and we will not interfere with their processes when there has been a fair trial.

I would also like to make sure there is no confusion regarding Canada’s position on the UN death penalty resolution mentioned in the article.

In accordance with our laws, we will vote in favour of the resolution. Canada isn’t co-sponsoring the resolution because there are a sufficient number of cosponsors already. We will, instead, focus our efforts on co-sponsoring other resolutions within the UN system which are more in need of our support.

Now, such a desperate tangle of slyness and contradiction cries out for a firm rebuttal. We aren't going to try to bring back capital punishment--no-o-o, of course we aren't--but to intervene when some other country is going to put one of our citizens to death would be to "send the wrong message" to Canadians, who want safe streets and a crackdown on our hardy but ever-diminishing band of criminals. So what is the good Minister saying--that we're going to get our deterrence vicariously now? That opposing capital punishment here is just fine, but supporting it in some other part of the world will make our streets safe? Good grief, trying to follow the logic here could lead to synaptic shock.

And then we get to the UN resolution against capital punishment. We've always co-sponsored it before, but not this time. But hey, that's no biggie--there are lots of other sponsors, and we're going to vote for the thing, aren't we, because (deep breath) it's "in accordance with our laws." Well, at this point it is, so we hardly have a choice. But let's keep sending those messages to our base, eh? Like boycotting an international AIDS conference, and bouncing an uppity candidate who went anyway.

Meanwhile, veiled Muslim women are going to be forced by law to remove their veils when they go to vote, even though none had objected to doing so in the first place, and there will still be no photo ID requirement. A local anti-gay rabbi leads Remembrance Day crowds at the Cenotaph in a chant of "We love our troops," and Harper is promoting his Odinist Norsefire "North Star" claptrap, just to see if it resonates. Pinch me, someone. This can't be happening. Not here.
Posted by Dr.Dawg at 10:52 AM