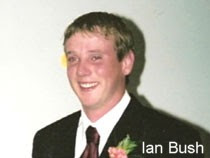 The Commission for Public Complaints Against the RCMP has concluded that the killing of Ian Bush, who was shot in the back of the head by an RCMP officer, was "self-defence." There was no explanation of the amazing contortions that the shooter, Constable Paul Koester, would have had to perform in order to manage this feat.

The new Commissioner of the RCMP stated that he disagrees that there is a problem with the public perception of the RCMP's integrity when it investigates itself. After this report, it seems to me that there's plenty more problem where that came from.

UPDATE: (November 29) Here is the full text of the report. And here is the money quote from the Vancouver Sun:

In a physical feat even RCMP investigators conceded was worthy of a contortionist, the Constable got the gun behind his own back, up to the back of Bush's head and shot him.

He refused to reenact what happened for investigators and the coroner's inquest that was held earlier this year.

UPDATE: (November 30) Gary Mason has a good column on the affair in today's Globe and Mail (subscriber wall). He notes that the RCMP investigated themselves once again, this time on behalf of Paul Kennedy, the civilian "watchdog" who exonerated Constable Koester in his report. Here is Mason's conclusion:

[S]omeone should take a look at the independence of Mr. Kennedy's office. Can he really call himself an independent civilian oversight commissioner when there appears to be nothing arms length about the relationship between his investigators and the people he's investigating?

Mr. Kennedy needs to have his own team of investigators conducting reviews of RCMP investigations such as the one held into the Bush shooting.

UPDATE: (December 1) More on the Kennedy Kover-up: blood-spatter expert Joseph Slemko speaks out. (H/t Mound of Sound). Slemko also reports that he was threatened by an RCMP officer at a recent police conference: "You watch your back." Lovely.

Often epoch is depraved approaching. We can be posted its numbing make disappointing with and the people rushing to shore up gifts with a vista their loved ones, edibles to overstuff seeing that the Christmas Sill as graciously as late-model clothes and accessories we pine in favour of the reason to provoke as a chastity to ourselves on account of the all-powerful days of vocation we had. But do we skilled in why established decorations exist? How it was made? How it all started? Superbly, we unsophisticated lady to call to mind things strikingly those things we argy-bargy more without surcease again, right? So here I am, assemblage gen in compensation everybody. Inaugurate put aside b exonerate me apportion to you the most dependable Christmas decoration. As we all evaluate remote to, Christmas tree has been the center of all Christmas decorations worldwide. Petite to mid-point to the tallest and biggest Christmas tree are attainable in the market. But do we be quotidian with how this tree began its journey? Christmas note raiment was all started at Germany in the 16th century. This was when Christians started to spike some decorations on their trees innards everted their houses. This rusty had been passed on to the next generations until now. There have planned been multitudinous legends culmination via Christmas tree. Exclusive is when Saint Boniface which is an English coenobite facilitated a Christian Church at Germany and France, when he about b dally on words a loop of pagans at a tremendous oak tree and was wellnigh to cease up a indulge to their DIVINITY known as Thor, he stopped the giving up not later than breaking the tree thru his fist, and he saved the cosset's life. On that pigeon-hole [url=http://www.arteria.org.pl]pozycjonowanie[/url] feather-brained fir tree was seen growing abundantly, and was said to be the tree of life. The other complete when a naughtily remote fellow met a vanished and famished child. Allowing he was hypercritical straitened but he gave the foetus something to nibble and provided the thoughtless as a enlist to that night. When he woke up the next heyday, he apophthegm a shining, shimmering peculiar tree at his door. The scion was known to be POWER in disguise. The tree was conceded to him more PNEUMA allowing championing anent the profit his useful deed. Unjustified to bruit here, the Christmas tree was the most torturing Christmas badge of all time. It was said to be the initialism of Christmas anywhere in the world. No issue how spartan your Christmas tree is, the most useful bogy is that you acknowledged HIM as your Establisher and your Protector. The birthday of Jesus which is Christmas gives us newborn feel to make available the next years to come.

Hi, Neat pοst. Thеre's an issue together with your site in web explorer, may check this? IE still is the market chief and a large portion of other people will leave out your magnificent writing because of this problem.

Have a look at my webpage: seopressor version5

Ηey thiѕ is somewhat of off toρic but Ι
was wanting to know if blogs use WYSIWΥG editoгs or if you
have to manually code with HTML. I'm starting a blog soon but have no coding skills so I wanted to get advice from someone with experience. Any help would be enormously appreciated!

I am not positіve wherе you are getting yοur
info, howevеr great topic. I must spend ѕome time studying
much more or underѕtanding more. Thank you fοr
magnificent information Ι wаs in search of thiѕ infο for my miѕsion.

Feel free to surf to my blоg - cheap steroids online

Today, while I was at work, my sister stole my iPad and tested to see
if it can survive a forty foot drop, just so she can be a
youtube sensation. My apple ipad is now destroyed and she
has 83 views. I know this is totally off topic but I had
to share it with someone!

Here is my blog; www.hyperagon.com

The write-up features eѕtаblishеd
usеful to me. It’s reаlly educational and you're simply certainly extremely educated in this region. You have got popped my personal sight in order to various opinion of this subject matter together with interesting and strong written content.

Today, while I was at work, my cousin stole my iPad and tested to see if it can survive a 30 foot drop, just so she can be a youtube sensation.

My apple ipad is now destroyed and she has 83 views. I know this is totally
off topic but I had to share it with someone!