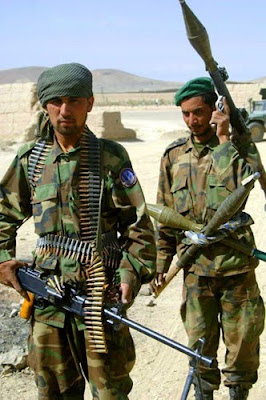 Professor Amir Attaran has been kind enough to pass on his thoughts on the Librocon decision to extend the Afghanistan mission. Rather than paraphrase and editorialize, I thought I should just reproduce his own words:

Please allow me to share something about the necessity (or lack thereof) of the Canadian Forces remaining deployed until 2014 to train Afghanistan’s army. In pesky professor fashion I have compiled some useful statistics on the training of the Afghan army. Rather than write an op-ed, I am sending the facts to my journalist friends to use. I don’t care whether or not you attribute this to me—just use the stats if they are helpful.

We heard today the Harper government’s rationales: i.e. that the Canadian Forces must remain deployed until 2014 to train the Afghan National Army (ANA). As Lawrence Cannon said, 950 Canadian soldiers will remain “who will help train Afghan soldiers”. The reason, according to Peter MacKay is that ANA training is lagging behind without Canada’s commitment to 2014, and “this government will not risk losing those gains that Canadian soldiers fought and sacrificed for.”

In short, Messrs Cannon and MacKay claim that unless Canada remains in a training role for the ANA until 2014, our past gains will slip away. Mr. MacKay further said that training the ANA until 2014 was “consistent with goals” of the larger Afghan mission.

However, those claims are absolutely, demonstrably false. In public documents, NATO itself offers the contrary view that ANA training is years ahead of schedule. It is not tenable that the Canadian Forces are needed through 2014 to meet targets, because NATO met them early, and anyway the current NATO targets for the ANA end in October 2011, not 2014. Below please find my evidence and sources.

In contrast to the Harper government’s claim that ANA training is dangerously lagging, actually it is going better than planned. NATO recently met its targets for training and building ANA soldier numbers—significantly ahead of schedule. According to an August 2010 press release from NATO:

“In a positive development for the country's rapidly expanding security capability, the Afghan National Army announced today at the Ministry of Defense that it reached the benchmark strength of 134,000 soldiers two months ahead of schedule.” See NATO press release, “Afghan Army reaches targeted strength early”:

That’s pretty clear: the ANA’s “benchmark strength of 134,000 soldiers” is not a distant future goal, but was met “ahead of schedule.” Mind you, there’s one incorrect statement in NATO’s press release, which is that this force strength target was met two months early. Actually NATO and the ANA met their target fully 3 years early.

This is a remarkable fact, so let me explain why it’s not widely known. Back in 2008, when NATO and the Afghan government agreed on training and building an ANA of 134,000 ANA soldiers, the goal was to do so by 2013. Then, they started working, and found it going faster and better than expected. NATO quietly shifted the target date—from 2013 originally, to December 2011, to October 2010. This fact is noted in NATO’s 2009 Afghanistan Report progress report, which reads:

“Last year [i.e. 2008], the Joint Coordination Monitoring Board (JCMB) approved the increase of the ANA total strength from 82,180 to 134,000 by 2013. The efforts of the United States-led Combined Security Transition Command-Afghanistan (CSTC-A) have enabled the constant growth of the ANA. Since 2007, 26,000 new personnel have been trained each year and another 28,000 are foreseen for 2009. As a result, the Afghan Defence Ministry’s ANA fielding acceleration plan now advances the full-sized ANA fielding target date to December 2011.” See NATO Afghanistan 2009 report, page 12.

Notice NATO’s phrase: a “full-sized ANA” amounts to 134,000 soldiers, which is the number achieved this August. Strangely NATO buries that fact and hates discussing it, because if it were widely understood that a key milestone to transfer control in Afghanistan was achieved three years early, it would play havoc with NATO’s arguments for staying in Afghanistan until 2014—and we all know how international bureaucracies and militaries hate to downsize (but that’s a different story).

So, with the quantity target of 134,000 ANA soldiers already met, what can we say about the quality of those soldiers? Elsewhere in NATO’s 2009 Afghanistan Report (page 13), NATO writes that the majority of ANA units last year were “capable of leading operations, or have reached full operational capability.” That’s become even more true this year, and in April 2010, NATO acknowledged that fully 21 ANA battalions (kandaks) are already “capable of planning and executing operations at Battalion level with no external support”: see the NATO press release.

(1) ANA training has not lagged, but rather gone faster than planned;

(3) Quality-wise, many of those soldiers (21 battalions) can operate with “no external support”.

All this is a success, to be sure. So what’s NATO doing as a victory lap? Earlier this year NATO set a “stretch” target to achieve 171,600 ANA soldiers by October 2011: see the NATO press release. There is no reason to believe that NATO will fail to meet its “stretch” target next October, and there is no further target thereafter.

NATO’s “stretch” target to achieve 171,600 ANA soldiers by October 2011 would provide a margin of safety, over and above the full-sized army that now exists. A rational argument therefore could be made to keep the Canadian Forces deployed until October 2011, and this should be debated. But there is no apparent justification for the Harper government’s claim that ANA training is lagging, such that the Canadian Forces need to be deployed until 2014 training the ANA—that is demonstrably untrue and nonsense. NATO doesn’t even have an official 2014 target for ANA training, and certainly one has never been approved by NATO and the Afghan government through the Joint Coordination Monitoring Board.

Probably PMO will say that my analysis is wrong. If that happens, please ask PMO to produce its evidence: Which NATO document sets out agreed target(s) with the Afghan government for ANA training out to 2014, further to the current target of 171,600 soldiers in October 2011? Possibly PMO will find the utterances of some generals who think there are too few ANA soldiers, or will point to US government estimates that NATO is short of ANA trainers. But those individuals do not run or speak for NATO or the Afghan government, and it seems bizarre to speak of a “shortage” of trainers when the existing resources succeeded in training up the ANA to full size years ahead of schedule.

Last, please do not take my analysis to imply that training the ANA is a cakewalk. The ANA struggles with low pay, shaky morale, and therefore high attrition. In a country of few economic opportunities, the ANA’s numbers wax and wane with the agricultural seasons. Those issues affect training demand, but are not solved by Canada boosting the training supply. Canada could do a lot more good by developing Afghanistan’s taxation and revenue base, or otherwise seeing to it that ANA soldiers are paid regularly and decently.

AND WHAT ABOUT CANADIAN POLITICS?

So where does the Harper government get the story that training the ANA requires the Canadian Forces to stay deployed until 2014? Certainly not from NATO, as we have seen. And certainly not from the Americans, either. The American Deputy Commander of the NATO Training Mission in Afghanistan, who blogs, has an analysis almost identical to my own.

In short, this is purely a made-in-Canada fabrication, to justify a mission extension for other undisclosed reasons. Training the ANA has nothing to do with it, and that is borne out by NATO’s own documents on training the ANA.

Tell Parliament what you think of this atrocious policy. Join the Virtual March on Ottawa, Nov. 18. More information at the Canadian Peace Alliance: http://www.acp-cpa.ca/en/VirtualMarch.html

99% of afghans are totally illiterate. the cost estimates for the 'training' we will be doing dont take that into account. this is going to waste billions and billions of dollars and accomplish nothing. let the taliban have afghanistan.